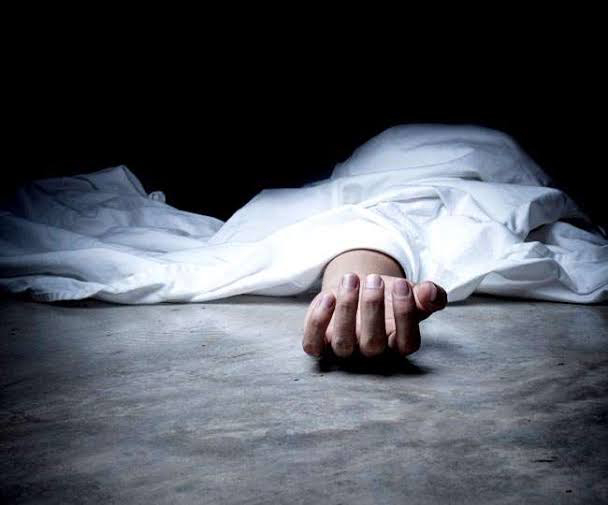 A joyful atmosphere was turned into a mournful one in Ikyangedu community, Keana Local Government Area, Nasarawa State last Saturday as a would be groom was knocked dead by a Toyota Hilux van two hours to his wedding.

The would be bride, Miss Rosemary Hudu, an entrepreneur, has been inconsolable over the tragic incident as she battles to come to terms with the reality of the death of her heartthrob less than two hours before going to the altar for their marital vows.

Rosemary and her would-be husband, John Abugu, appeared to have everything under wraps until tragedy struck as Abugu was returning from the drycleaner’s shop where he had gone with his friend on a motorcycle to collect the suit he would wear for the wedding scheduled to hold at the Baptist Church in the community.

Needless to say that the families had printed the invitation cards for friends and loved ones with a plan to lavishly entertain them with drinks and food that had almost being made ready the previous night.

Indeed, many of the guests from distant locations had arrived a day or two to the ceremony and everyone was in gay mood. Few hours to the ceremony, however, tragedy struck and turned the joy of wedding into ashes in their mouths.

Less than two hours before the commencement of the wedding ceremony, Abugu decided to use his motorcycle to pick up his wedding suit at the shop of a nearby drycleaner only to be knocked down by a vehicle.

He was said to have sustained minor injuries and was rushed to the hospital where he died in the course of treatment.

Speaking to journalist, the late Abugu’s friend, Mr Julius Abugu, who was with him on the bike at the time the accident occurred, recalled that he and the late groom had gone to pick his wedding suit at the dry cleaner at about 8.30 am on the fateful day as the wedding was scheduled for 10 am.

According to Julius, while they were trying to cross the road, Abugu did not look properly before entering the road and was knocked down by a Toyota Hilux van. He said the injuries Abugu sustained were on his forehead but he appeared to have mostly internal ones.

He attributed Abugu’s inability to sight the Hilux van to the dizziness that might have resulted from the pressure of running around to see that things were in order for the wedding.

Things were said to have taken a turn for the worse when Abugu started vomiting uncontrollably at the hospital.

Julius said: “I can’t really explain how the whole event turned out that way. John (Abugu) was full of life and we were together going up and down to see that the arrangement was in order.

“He was so happy that he was going to get married the next day. He was busy the previous day receiving his friends who were coming from long distances.

“We went to see the drycleaner the previous day, but because there was no light, he could not iron the suit. But he assured that once there was light in the night, he would do it for us to pick it up early in the morning the next day, and that was what we did.

“When he wanted to go to the dry cleaner, I insisted that I would ride the motorcycle but he said I shouldn’t worry, that he would ride.

“He was actually telling me about one of his friends whom he was expecting that morning to use his car to convey them to the church for the wedding and after the wedding.

“Due to the excitement in him, he didn’t look at both sides of the road before entering the highway where the Hilux hit the two.

“We both sustained injuries but he was more affected, and we were rushed to the hospital immediately.

“Even at the hospital, we were being treated together. But a few minutes later, his situation worsened as he was bleeding from his ears, eyes and nose, and he suddenly died.”

Report gathered that when the news of Abugu’s death broke in the church where many guests were already seated, it changed the mood of everybody and the pastor immediately called off the wedding.

Speaking to journalist, the father of the bride, Mr Patrick Hudu, said: “We do not want this. We did not pray for this. It is not our desire. It is not our expectations.

“I was with my son-in-law yesterday (penultimate Friday) and he was full of life. If anyone had told me the wedding would not hold, I would not believe it. But God has done it.

Journalist made efforts to speak to the bride who was in tears, and she said:

“I prefer to die too so that we will be buried together, I can’t believe my husband is gone in such an embarrassing manner, just two hours to our wedding. I can’t say anything, but wherever he is, I will be there with him.”

All efforts to speak with the groom’s relations failed as they appeared to be confused.

One of his relations identified simply as Mr Mathew told journalist that “what I will likely never forget is the immense pain, the insurmountable fear, the all consuming grief, the indescribable confusion, and mostly the leaviness that came with the realization that Mr John in whose honour we are all gathered here to celebrate his marriage is truly gone forever and there isn’t anything anybody can do.

“It is sad that he is not able to achieve his dream of getting married.” 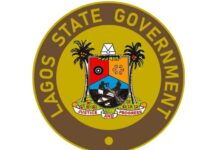 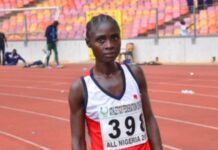 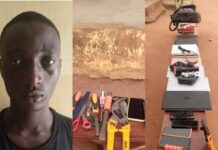