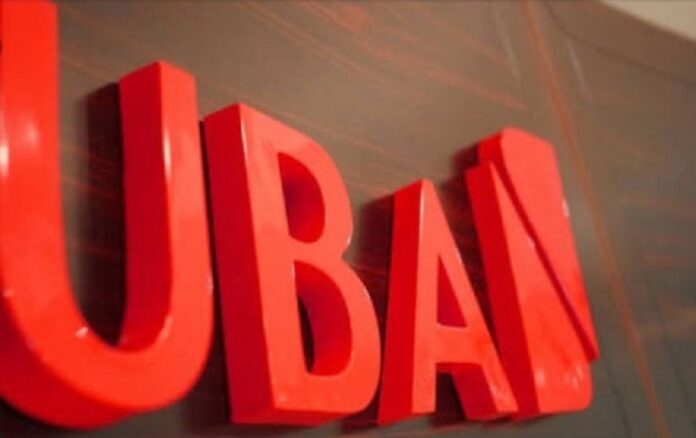 There is competition in every sector of the economy given the challenging environment. Competition in the banking sector is very fierce as the Central Bank of Nigeria (CBN) tightens its regulation in a bid to manage the economy amidst another recession.

In the difficult economic situation and increasing inflation, consumers’ purchasing power continued to weaken. Hence, the major concern of most people is to have enough money to take care of basic needs and survive. Those who manage to save part of their meager income want to ensure that the savings are well secured in a bank.

They must have high level of confidence in such a bank and United Bank of Africa Plc has become one of the preferred institutions by depositors.

UBA has been able to attract high patronage by customers using its technology-led initiatives targeted at improving customer experience over the past few years.

In highly challenging environment affected by COVID-19, UBA was able to record a very impressive nine months results, which stakeholders are very confident would be improved upon at the end of 2020.

The pan-African financial institution reported a Profit Before Tax (PBT) of N90.4 billion compared to N98.2 billion recorded in 2019. Similarly, it recorded an after-tax net profit of N77.1 billion, thus putting its annualised return on average equity at 16.4 per cent. Operating income also improved by 10.4 per cent year-on-year to close at N293.7 billion, up from N265.9 billion achieved in the corresponding period of 2019.

The bank continues to maintain a very strong balance sheet with total assets improving by 26 per cent to N7.1 trillion, compared to the N5.6 trillion recorded at the end of December 2019.

The shareholders’ funds remained very strong at N655.3 billion rising by 9.6 per cent from N598.0 billion recorded in December 2019, thus reflecting a strong capacity for internal capital generation and growth.

Commenting on the results, the Group Managing Director/CEO, UBA Plc, Kennedy Uzoka, said: “In spite of the current turbulence in the operating environment, occasioned by the global pandemic, we have continued to record significant progress in our business segments.

Notably, our innovative financial inclusion propositions have helped us moderate cost-of-funds to 3.2 per cent (4.0 per cent in FY 2019), as low-cost deposits (which accounts for 76.2 per cent of our customer deposits) grew 40.8 per cent by the end of the third quarter.

“Our direct sales agents, agency banking network, and digital banking propositions have positioned us at the forefront of financial inclusion across geographies where we operate.”

According to him, the bank was able to provide support to customers across its footprint, assisting them to navigate the negative impact that Covid-19 pandemic has had on livelihoods, businesses and social life.

“Since March 2020, we have provided transaction fee waivers to customers, rescheduled loans where business cashflows have been impacted, and donated generously to governments and communities to help catalyse a comprehensive pan-African response to the fight against the COVID-19 pandemic,” he added.

Speaking on the expectations for the rest of the year, Uzoka said: “Whilst the outlook for the rest of 2020 is expected to remain challenging, our diversified model provides sufficient resilience, enabling us to continue to delight our customers with innovative banking products within our robust risk management framework.”

Speaking in same vein the Group Chief Financial Officer (CFO), Ugo Nwaghodoh said: “We achieved substantial growth in the underlying business, having grown loans by 15.6 per cent (to N2.4 trillion) and deposits by 35.7 per cent (to N5.2trillion) within the period as interest and fee income from loans settled at N172.9 billion and N8.9billion respectively.

“Credit impairment charges increased by N4.8billion (to N11.5 billion), providing adequate reserve for impaired loans, which should help moderate the need for further reserves later in the year. Non-performing loan (NPL) ratio and cost-of-risk settled at 5.2 per cent (5.3 per cent in FY 2019) and 0.64 per cent (0.9 per cent in FY 2019) respectively.”

According to him, as they deploy rigorous balance sheet management strategies to protect their margins, they will sustain cost discipline to push cost-to-income ratio to their desired sub-60 per cent target in the short-term.

“The group continues to target 15 per cent loan growth, a NIM of >6.0 per cent and ROE of >16 per cent for the 2020 financial year, but targets remain subject to the evolution of the COVID-19 pandemic and its implications on the operating environment,” the GCFO said.

Assessing the UBA’s Q3 2020 results, analysts at FBNQuest Research said, the performance beat forecasts across most key headline items. “Relative to our forecasts, PBT and PAT beat by 27 per cent and 18 per cent respectively due to positive surprises in funding income, impairment for credit losses and income tax.

In marked departure from the double-to-triple-digit y/y impairment growth reported by other banks that have published their results, UBA’s impairment for credit losses was up by mere single digits (+4 per cent).

On an annualised basis, UBA’s 9M PAT implies an ROAE Of 18.4 per cent. Although management has not provided an ROAE guidance for 2020, the annualised ROAE implied from its results falls with the 18-20 per cent range that management had typically guided to in prior years,” they said.

According to the analysts, pre-provision profits expanded by 17 per cent on the back of funding income growth of 37 per cent.

“Similar to other banks, UBA’s funding income growth benefitted from a moderation in interest expense, largely because of the low yield environment, and the regulatory induced reduction on interest expense on customer deposits.

The y/y expansion in pre-provision profits overshadowed a 16 per cent y/y rise in opex and was the major driver behind PBT growth of 19 per cent y/y.

Going forward, UBA is expected to witness improved performance as it deepened its retail products and services with an aim to delivering services aimed at meeting the needs of its customers across Africa.

These services and product offerings, targeting at all classes of customers have been specifically tailored to meet the unique needs of individual customers of the bank, in line with the Customer First policy of the bank.

Head of Retail Liabilities, UBA Plc, Ogechi Altraide, explained that the bank was well prepared ahead of the Covid-19 pandemic and had rolled-out a number of products that enabled customers to carry out their daily transactions with ease from the comfort of their homes.

She said: “At UBA, we have developed very deep and customer-centric solutions that have given us number one ranking over time. Our retail footprint cuts across 20 African countries, where we serve over 20 million customers through well researched platforms including over 20,000 POS as well as 3,000 ATMs deployed across the continent. We have well over 10 million active cards, while our very active and highly applauded Mobile App and USSD platforms serve several millions of subscribers every second.”

According to her, the bank’s retail banking platforms cater to all ages and classes with the Kiddies and Teens Account – where parents can earn rewards and bonuses for saving for their kids, while also enjoying support in terms of scholarships and health insurance.

“There is Next Gen Account, which caters for young adults; Mass Marketing segment – made up of low to mid income earners; Affluent Banking for the premium banking experience as well as SME banking, which caters to meeting the needs of a niche industry essential for the growth of any economy,” she added.

Highlighting the bank’s increasing support for the MSMEs, she explained that the bank offers both financial and non-financial services to this all-important sector as well as access to loans.

“At UBA, we recognise that SMEs are important to economic growth, therefore our various offerings for MSMEs is positioned to support them in this regard,” she said.

Altraide noted that other retail propositions the bank has developed to promote financial inclusion are Diaspora Banking where customers can enjoy the same quality of services in all locations around the world through UBA Connect and Africash; and Agency Banking, which makes use of digital channels that allow customers to access UBA banking services right in their neighborhoods from our dedicated agents.

“Apart from UBA mobile banking, USSD, internet banking and LEO – UBA’s virtual assistant other innovative platforms that drive the bank’s retail business include UBA’s Click Credit – a much loved and accepted facility that makes instant cash available to customers with salary accounts within minutes,” she said.

The impressive performance of UBA made it to win two highly coveted laurels at the BusinessDay’s Bank and other Financial Institutions Awards (BAFI). UBA won the ‘Bank of the Year’ in recognition of its consistent effort in outperforming its peers using a composite of financial metrics, strategic foresight, execution discipline, world-class governance and global vision.

UBA also won the award for ‘International Bank of the Year’, a keenly contested category, that pitches Nigerian financial institutions that have expanded on the continent against their international peers operating across Africa.

Commenting on the awards, the Deputy Managing Director, UBA, Ayo Liadi, said: “These awards mark another milestone for UBA Group and is a testament of the diligent execution of the bank’s strategic initiatives on customer service.

Being recognised as Nigeria’s best bank complements positive feedback from customers and is a recognition of our improving efficiencies, service quality and innovation.

I therefore dedicate it to our growing loyal corporate and retail customers, who are our essence. Given our heritage commitment to Africa’s development, we continue to impact lives through our service as well as funding to individuals, businesses and government.”

He pointed out that the bank remains focused on its goal of democratizing banking in Africa, leveraging on new technologies and emphasised its determination to change the narrative of financial services in Africa.

Publisher of BusinessDay Newspapers, organisers of the event, Frank Aigbogun, said that UBA had excelled in the key areas of prioritising customers, which according earned the bank the double honours.

While explaining the rationale behind UBA winning the two prestigious categories in its December issue, Aigbogun noted that the bank stood out in prioritising customers as has been evident in the significant rise in customer deposits.

He noted that even though Africa’s economic landscape has been unpredictable in recent times which resulted in recession in Nigeria and some of Africa’s best performing economies, the bank still found its rhythm and excelled.

He said: “In these conditions only the most diversified and innovative of regional banks can prosper. And this is precisely why UBA has scooped the BAFI 2020, Best Bank of the year and International Bank of the year, a testament to hard work, resilience. For one, the lender registered impressive top- and bottom-line growth over the review period.” 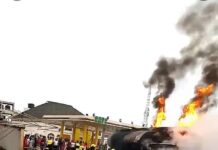