Three policemen, who allegedly extorted the sum of N153,000 from a student of the Lagos State University, Hezekiah Oluwaponmile, at gunpoint have been arrested.

Report gathered that the cops were attached to the Owode-Egba Police Station, Siun, Ogun State.

The policemen allegedly accosted the victim while he was on his way to Abeokuta from Ibadan and demanded N1m from him.

The incident happened on Saturday, April 24, 2021, on the Lagos-Abeokuta Expressway.

The victim alleged that the policemen, who were on stop-and-search duty on the expressway stopped his vehicle and ordered him to alight.

According to him, the cops forced him out of the vehicle and asked him what he was doing for a living.

Oluwaponmile said, “I told them that I was a student of LASU. They told me to unlock my phone, but I refused; they threatened to kill me if I did not cooperate with them. They brought out a shocker, so I obliged.

“They asked me how many bank accounts I had and how much was in each of them. I told them I had two accounts with GTB and Union Bank. So, I opened my phone due to the threat from them and upon going through it, I was asked to pay the sum of N1m, but I told them I did not have up to that amount.

“Later on, they asked me to open my bank app, where they saw a balance of N288,000 and told me that they would collect N250,000 out of it without telling me what I did wrong.

“I begged them that I needed the money for some things, but they insisted on collecting N150,000.

“Then they asked me to give them my Automated Teller Machine card; I denied having one, so they took me to a Paga (Point of Sale) shop, which they have a connection with.

When contacted, the Police Public Relations Officer of the command, DSP Abimbola Oyeyemi, confirmed the incident.

Oyeyemi said, “We heard about the issue and those policemen have been arrested.

“We have identified them and they have been arrested. They are currently undergoing trial now.”

ANY LADY WHO DOES NOT HAVE A SOURCE OF LIVELIHOOD SHOULD...

UNFPA – Millions of women don’t have access to contraceptives 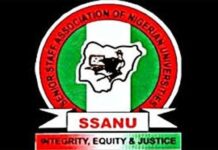 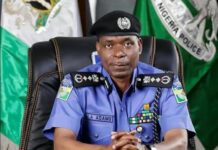 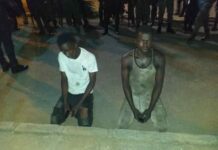 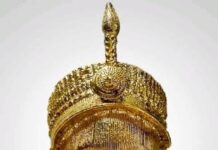