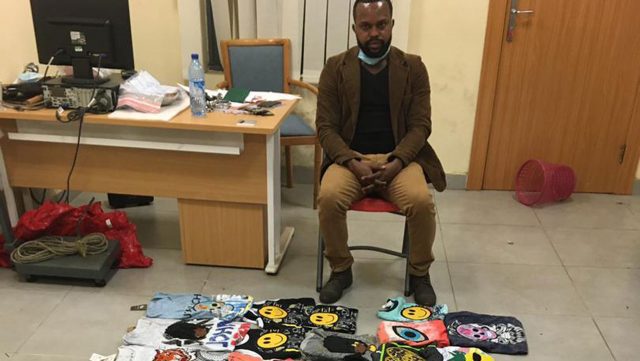 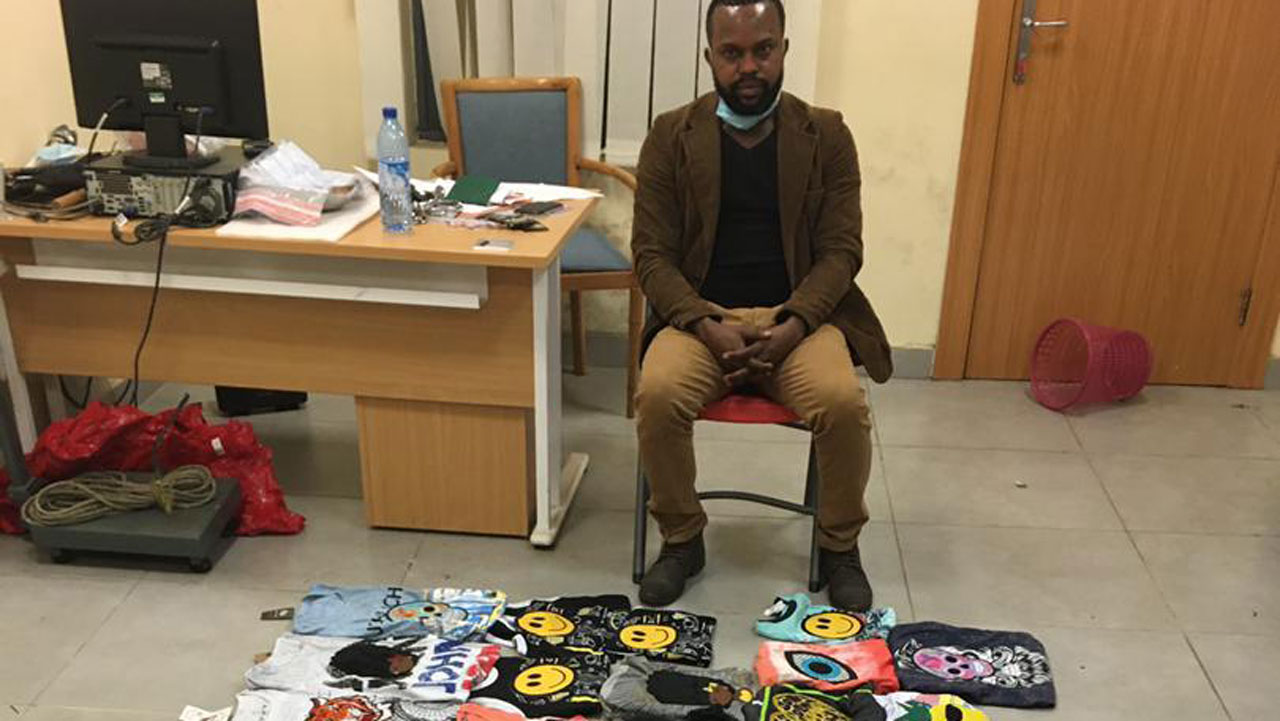 • Raids drug spots in Abuja
Few days after at least three cocaine cartels were busted at the Murtala Muhammed International Airport (MMIA), Lagos, another trafficker, Ukaegbu Bright Onyekachi, has been nabbed with 3.30 kilogrammes of the illicit drug.

The suspect was arrested on Monday, February 1, 2021 during the inward clearance of passengers on Ethiopian Airline at the E arrival hall of the airport.

According to the Commander, MMIA Command of the NDLEA, Mr. Ahmadu Garba, Onyekachi arrived Nigeria on board Ethiopian Airways from São Paulo, Brazil, via Addis Ababa.

“The hard drug was cleverly concealed in T-shirts stickers, but he couldn’t escape the eagle eyes of our detectives,” Garba stated.

Also, operatives of the FCT Command of the agency have raided a number of drug spots in Abuja, where 14 persons, including three men in military uniforms suspected to be fake soldiers, were arrested and different quantities of cocaine, codeine, rohypnols and Indian hemp were recovered.

In the FCT, some of the drug spots raided at the weekend included Wuse Zone 4 and 5; Wuse by Banex Plaza and Garki by Torabora. Also raided were Area 1 by Gwagwalada Park; Dagwa Village and Abattoir in Karu.

According to the FCT commander of the agency, Lawan Hammisu, “14 persons arrested are being investigated in connection with the recovery of 34.8kg cannabis sativa.

Also seized were other quantities of cocaine, codeine and rohypnols. Three of the arrested persons who were in military camouflage are still being profiled but are suspected to be fake soldiers.”

Meanwhile, the Nasarawa Command of the agency has uncovered a cannabis warehouse in Lafia, the Nasarawa State capital, where 45 bags of the illegal drug weighing 474kg were recovered.

According to the state commander of the NDLEA, Justice Arinze, “the recovery was the biggest singular seizure since the inception of the command in 1999.

We’re grateful to our new Chairman, Gen. Marwa, who made the feat possible for us by empowering us with the needed logistics to go all out.”

He said the command was continuing with its operation “Hana Kwaya,” in collaboration with other security agencies to raid drug joints and markets.

He added that the first phase of the operation had covered some local government areas in the state with the arrest of 54 suspects, including12 dealers and 42 drug users, while a total of 604 kilogrammes of narcotics and psychotropic substances had been seized.

The NDLEA Chairman, Gen. Marwa, has commended the men and officers of the MMIA, FCT and Nasarawa commands of the agency for taking the war to the doorsteps of traffickers and peddlers of illicit drugs in their areas.

“I have told the commanders in my meeting with them that our maxim is offensive action and I’m glad they are following up on the strategies outlined for them,” the NDLEA statement quoted him as saying. 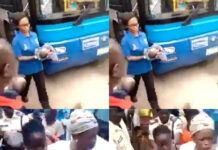 INSIDE A BRT BUS IN LAGOS, WOMAN GIVES... 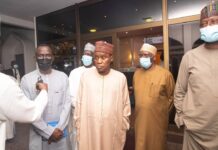