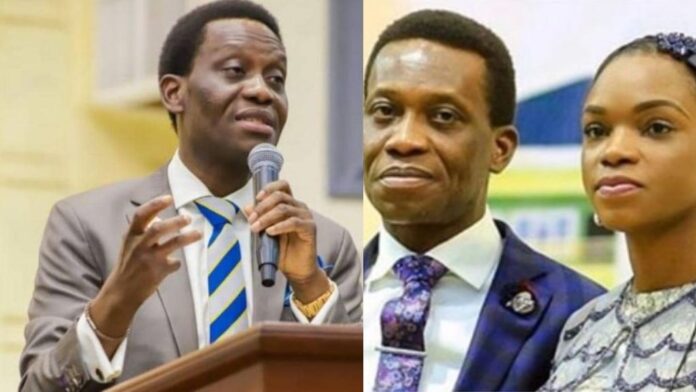 Family members and friends of late Pastor Dare Adeboye, the son of the General Overseer of the Redeemed Christian Church of God Worldwide, Pastor Enoch Adeboye, on Monday paid glowing tributes to the deceased.

In an emotional service of songs and tributes at the RCCG House of Favour Parish on the Lagos-Ibadan Expressway, Ogun State, the congregation described the 42-year-old as a leader who devoted his life to the service of humanity.

Dare died last Tuesday in Eket, Akwa Ibom State, where he was a youth pastor.

The service of songs and tributes was attended by dignitaries that included the Vice President, Prof. Yemi Osinbajo; and his wife, Dolapo; the President of the Pentecostal Fellowship of Nigeria, Bishop Wale Oke; and his wife, Tokunbo; former governors of Ogun and Ondo states, Otunba Gbenga Daniel and Dr Segun Mimiko, respectively; among others.

Several hymns of praise were raised as family members and friends of the deceased were called to read several Bible passages.

The homecoming songs made tears well up on the faces of the congregation, including the deceased’s widow, Temiloluwa.

Temiloluwa, in her tribute, said her husband was not afraid of death, adding that he lived a fulfilled life.

She said, “Pastor Dare, my husband, was a wonderful man. He was amazing in every way. I do not mourn him at all. I wept because he left me.

My husband slept, he did not die and I know, I am sure, because on the resurrection morning, he will rise again and we will see him in glory.

And he lived well. He lived a good life. He lived to the glory of God. He served God. His life was dedicated to Christ and that is why I am sure he is in heaven. I am sure he made it.”

The deceased’s younger brother, Leke Adeboye, fought back tears as he recalled how he trailed the late Dare at every stage in life and tried hard to measure to his standards.

He said, “I am always chasing him. Every school he went to, I went with him, nursery and primary. We got married on the same day. My wife was going to give birth on the exact day he had his first daughter. He left a fantastic legacy.

The first school he went to in England had been created since the 1800s, he became the first African and first Nigerian to be the head boy of that school. He led a fantastic life to emulate. We love him and miss him.”

Osinbajo, in his tribute read by one of the church leaders, described Dare as a compassionate man who radiated warmth, respect and dignity.

The Regional Youth Evangelist of the RCCG youth church, Pastor Matthew Adebayo, in his message, described life as having entrance and exit points.

Popular gospel artiste, Pastor Nathaniel Bassey, a friend of the deceased, was among those that performed at the event. 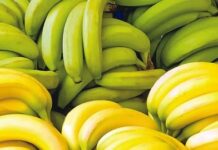 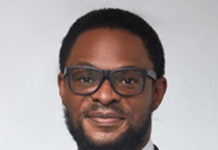 LAGOS TARGETS CONVERSION OF ONE MILLION VEHICLES TO AUTOGAS 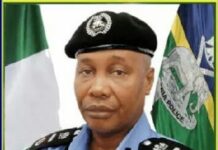