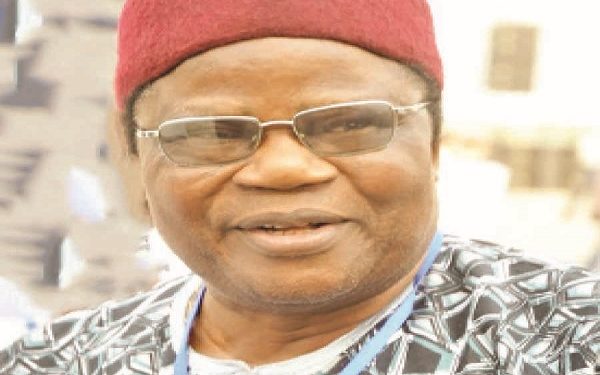 President Muhammadu Buhari has described the passing of Prince Tony Momoh as a loss to the human community.

The President, whose message was delivered on Monday in Abuja by his Chief of Staff, Professor Ibrahim Gambari, who led a Federal Government delegation to the bereaved family, noted that he lost a close friend in the late former minister.

According to a statement by his Senior Special Assistant on Media and Publicity, Mallam Garba Shehu, President Buhari noted that though humanity had lost a valuable member, the impacts and footprints Momoh left behind, through his several ventures, would linger on.

“We have lost a dear friend, a great Nigerian, a true patriot and a philanthropist. We have lost a valuable member of the human community. But, he has left tremendous footprints. He has been a politician, a writer, a publisher and also a party man with a conscience and a servant of the Federal Republic of Nigeria as a Minister..

“He introduced many reforms in the ministry, introduced direct communication with people of Nigeria on issues in a patriotic and dispassionate manner, always putting the interest of Nigeria above everything else.”

President Buhari also averred that the late Auchi Prince would be “greatly missed, of course, by the family and also by many whose lives he has touched as a publisher, writer and statesman, above all as a patriotic Nigerian.”

He prayed that Almighty God will “receive him back in heaven as one of his favourite servants here on earth,” and grant the family the fortitude to bear the huge loss, “not just to the family, but his community, state, country, Africa and the world.”

With the Chief of Staff were the Interim Chairman of the All Progressives Congress, APC, and Governor of Yobe State, Mai Mala Buni, Minister of Information and Culture, Lai Mohammed, Minister of State for Environment, Sharon Ikeazor, and Senior Special Assistant to the President on Media and Publicity, Garba Shehu.

On hand to receive the delegation were the wife of the former minister, Jane Rabiat, son Rasheed and sister, Justice Constance Momoh.

They expressed appreciation to the President for sending such a delegation, urging him to immortalise the departed.

MY NASTY EXPERIENCE WITH TOPE ALABI YEARS AGO- How She Humiliated... 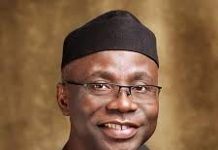