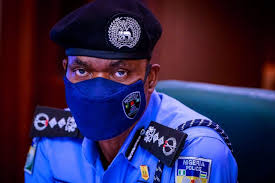 A mobile policeman and two other persons have been arrested in connection with the death of one person and injury to another in the NITEL area of Ikorodu .

The arrested policeman ,who is being detained at the SCID ,Panti and fourteen other reportedly led armed land thugs to the Igbogbo area of Ikorodu,over the weekend,when the incident happened .

The mobile policemen were said to have been engaged by some land grabbers from a police mobile squadron unit in Ibadan to forcefully take over a large expanse of land.

An eyewitness ,who simply identified himself as Lolade said ” if not for the police at Igbogbo Police Station ,more people would have been killed ..

He continued that ” it was because of the DPO that they were able to arrest the mobile policeman and two other people,who led them to the place .”

The eye witness also added that “I had taken some workers to site ,when heavily armed thugs,who were accompanied by about fifteen policemen , invaded the place and started shooting .”

The eyewitness added that ” everybody ran into different directions and when the dust setlled,policemen from Igbogbo came .”

“It was policemen ,who were led by the DPO that recovered the corpse ,which was later deposited at the Ikorodu General Hospital ,while the other injured person was taken to the hospital .

It was gathered that the three persons,who were arrested in connection with the incident have been transferred to the State Criminal Investigations Department,Panti for further investigation.

The armed thugs have been identified as :Okappy ,Wakiku alias Omo Jakande ,,Harmony ,Okanlomo and others still at large.

One of the arrested persons ,Seni Keyeolu was however released on health ground as he was said to be suffering from appendicitis .

The policemen and the land grabbers were said to have been contacted by Kameel Dada Refund ,Gbenga Oshin ,Sarafa Dada and Segun Atiba

The image maker in charge of the state police command ,Muyiwa Adejobi confirmed the incident and added that the state commissioner of police, Hakeem Odumosu had directed that the case should be transferred to State CID ,Panti for further investigation.

Adejobi also said that the police recovered arms and ammunition from the arrested persons , including a mobile police officer

WE MUST RESPECT OUR PEOPLE ― BUHARI 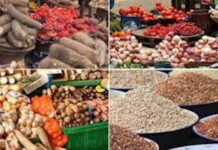 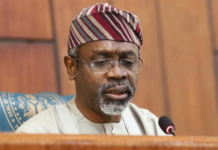 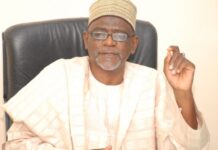 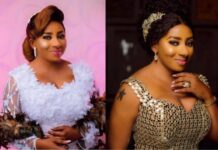