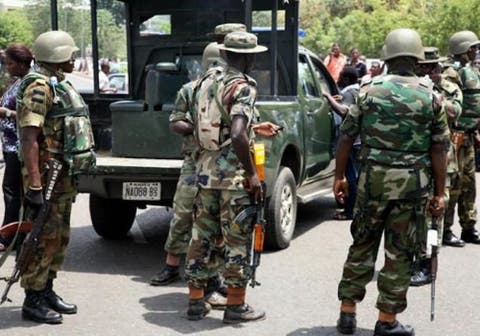 •Security beefed up at N’Assembly

Abuja, Nigeria’s seat of power, is under a massive security cordon following threats of attacks by insurgents and the increasing wave of banditry in the contiguous states of Kaduna, Kogi, Nasarawa and Niger States, reports investigation has revealed.

There has been a wave of kidnappings in the outskirts of the federal capital, notably Pegi, Tuganmaje and Kuje among others, which the police have battled in recent times.

The security situation in and around the Federal Capital Territory (FCT) was heightened by the pronouncement of the Niger State Governor, Mr. Sani Bello, that Boko Haram fighters who he said sacked 50 villages in the state and hoisted the terror group’s flag, were about two hours drive away from the FCT.

The deteriorating security situation nationwide prompted the National Chairman of the Peoples Democratic Party (PDP), Prince Uche Secondus, to warn that the 2023 general election may not hold, demanding the declaration of a state of emergency as well as the convocation of a national conference.

But the Governor of Katsina State, Hon. Bello Masari, cautioned against declaring a state of emergency, saying doing so isn’t the solution to combat the security challenges facing the country.

The security of the nation’s airports was also in focus yesterday as the Office of the National Security Adviser (ONSA) said there was no threat to them.

More checkpoints were also mounted around Gwagwalada and Keffi.

Journalist also observed increased intelligence deployment at the entrance and the borders of FCT with contiguous states.

Beyond the borders, there were more deployments and police patrols inside the city and increased intelligence deployments as well.

Security sources told journalist: “There are deployments here and there but they are routine. Alertness is key to a secure environment.”

It was also learnt that security agencies were involved in frenzied meetings throughout yesterday.

The meetings, coordinated by the office of the Chief of Defence Staff under the new joint operational strategy of the armed forces, were aimed at coordinating a joint response to possible threats of attack to the FCT.

“I understand the security teams have been meeting for some days now and if you look around you, you will notice that there are increasing patrols and numbers of security personnel. The threats are not been taken lightly,” a source said.

National Assembly workers, lawmakers and visitors also had a harrowing experience accessing the legislative complex due to heightened security in the area.

The Sergeant-at-arm of the National Assembly and other security agencies supervised the operations, leading to huge traffic build-up inside the complex.

Legislative staff, visitors and lawmakers were seen patiently waiting for their cars to be searched so that they could go ahead with the business of the day.

Some staff and visitors at some point got tired of waiting and were seen alighting from their cars to trek from the gate to the complex.

Meanwhile, the ONSA has said there is no threat to the nation’s airports.

In a related development, the PDP National Chairman, Prince Uche Secondus, yesterday demanded the declaration of a state of emergency, warning that the 2023 general election might not hold if the federal government failed to tackle insecurity.

He called on the federal government to summon a national conference to address the spike in insecurity.

Secondus added that the national caucus of the party will meet today to discuss the state of the nation.

Addressing members of the National Executive Committee (NEC) in Abuja, Secondus said: “We are worried Abuja is not even safe. It is no longer politics. We got alert of plots to bomb and burn down our airports.

“We urge the federal government to declare a national state of emergency in security. There is the need to call a national conference to discuss the insecurity in the country.

“There may not be any election in 2023 in Nigeria due to insecurity. This government must listen to the people. The Buhari government should call a national confab to discuss security and state of the nation. It is no longer politics. This time we are not playing politics. Let’s keep politics aside and move the nation forward.”

He said the country had been grounded, regretting that there had been no matching response from the federal government.

“Herdsmen are also menacing in the West; gunmen causing havoc in the East; and the militants in the South; all killing, looting, raping, maiming and burning down homes. The situation is bad; Nigerians all over are living in fear,” he said.

The Senate Minority Leader, Senator Enyinnaya Abaribe, said the problem of Nigeria was outside of the PDP headquarters, while pledging the support of the Senate to the declaration of state of emergency in security.

Abaribe said he deliberately decided not to speak on the floor of the Senate but to allow the APC senators to speak so as to avoid being accused of giving a partisan colouration to the issue of insecurity.

He stated that only electoral reforms would give victory to the opposition party in the 2023 general election and ensure a democratic defeat of the APC-led federal government.

Also, the Minority Leader of the House of Representatives, Hon. Ndudi Elumelu, commended the NEC and the PDP leadership for their collective efforts at resolving the House leadership crisis.

The NEC meeting adopted the position of Secondus, calling on the federal government to convoke a national conference to discuss the state of insecurity in the country, according to a communiqué read by the National Publicity Secretary, Mr. Kola Ologbondiyan.

The army yesterday reiterated its commitment to wipe out Boko Haram.

Chief of Army Staff (COAS), Lt. Gen. Ibrahim Attahiru, told reporters in Maiduguri, Borno State that Boko Haram had been defeated in many encounters and would continue to be defeated until it’s annihilated from Nigeria.

“We will take on Boko Haram decisively, and we are committed to the focus of the operations, which is the total annihilation of Boko Haram from Nigeria,” he said.

The COAS, who was visiting the headquarters of Operation Lafiya Dole in Maiduguri for the fifth time since his appointment four months ago, said the visit was to boost the morale of the troops, reassure them and listen to any issues affecting them.

Earlier, the Theatre Commander of Operation Lafiya Dole, Maj. Gen. Farouq Yahaya, lauded the visit, which he said had continued to boost the morale of the troops.

“We are honoured, we are grateful, we are encouraged by those visits. You provided us guidance, logistics and other things we required. We are most grateful for those visits,” Yahaya said.

Katsina State Governor, Hon. Aminu Masari, has, however, said declaration of a state of emergency won’t solve the security challenges facing the nation.

Masari, who spoke yesterday with journalists after meeting with the Chief of Staff to the President, Prof. Ibrahim Gambari at the State House, Abuja stated that he was against the recent call by the House of Representatives for the declaration of a state of emergency in the security sector as it would not solve the problem.

According to him, declaring a state of emergency will not achieve the desired effect as the security structure and personnel to be used to execute the emergency are already overstretched in a bid to safeguard lives and property. 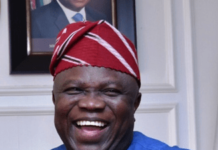 What US Rapper Russ Millions said About Davido 02 Arena Event