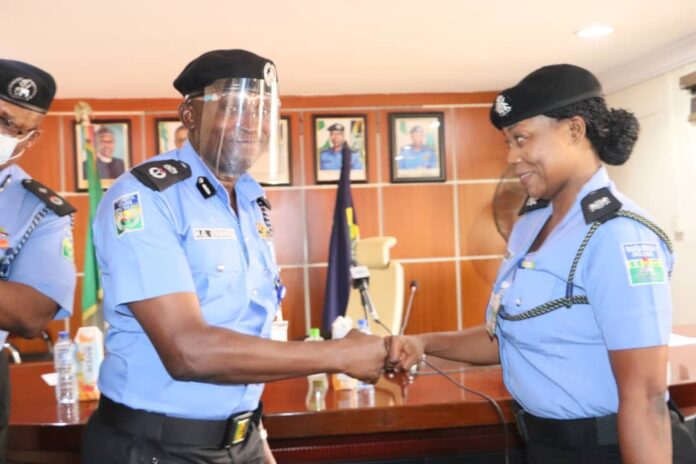 The Deputy Police Public Relations Officer (DPPRO) in the Lagos State Command, Matilda Umiah Ngbaronye has been promoted to the rank of Superintendent of Police (SP) in the new promotion within the Nigerian Police.

During the decoration ceremony administered by the Commissioner of Police, CP Hakeem Odumosu, the deputy image maker of the Command whose appointment as the DPPRO came on the 12th December 2020 expressed her deep gratitude to God, the police hierarchy in the nation and her superior, the CP Hakeem Odumosu.

Speaking to Oki Samson of Trek Africa Newspaper, SP Matilda Umiah Ngbaronye remarked: ‘I am opportune to be among the newly promoted DSP to SP. I have been in the Command for some years. I have worked with different formations in the state. Being promoted under the leadership of CP Hakeem Odumosu is what I am really grateful to God for. I am happy with where I am going to and I pray for more.’

In her word of advice to newly promotees like her, Ngbaronye noted: ”It is a level for more responsibilities. We should all step up to the plate. We should not disappoint the IGP and all our mentors that have been there for us. Let’s join hands to build a Nigerian Police that is deserving for all Nigerians. The citizenry expects so much from us. I am telling them we are a new breed. We are professionals, we can step up to the responsibilities placed on us.’

The Commissioner of Police, CP Odumosu had charged the promotees not to indulge but rather take the promotion as a challenge, ‘don’t say you have been promoted and go to rest, and you will give assignment and not find out how it’s been done. The higher you go, the hotter it becomes. May God make it easy for you. You are now ASP, DSP, SP, CSP, God will be with you. I pray for you.’

Enlisted into the Nigeria Police Force on 19th April 2010, the newly promoted SP has served in various capacities in Lagos State Police Command.

Currently, the DPPRO in the Command, Matilda past experiences included been the Crime Officer, Dolphin Estate Division, Ikoyi; General Investigation/Fingerprint Expert at the State Criminal Investigation Department, SCIID Panti; the Officer-in-Charge, Public Complainants Bureau, (PCB), after which she was deployed to African Union Mission in Somalia AMISOM where she made the country proud and excelled as the Public Information Officer (PIO).

SP Matilda Umiah Ngbaronye has attended such courses like the Advanced Detective Course, (ADC), Human Rights Protection Course among others within and outside Nigeria.

The beautiful, tall and light skinned officer has been described by many as an exemplary and intelligent image maker.

Since her resumption to office as DPPRO, she has in no small measure continue to assist the Lagos State Police Command’s Public Relations Officer, CSP Olumuyiwa Adejobi to coordinate media engagements for the Commissioner of Police and the Command. 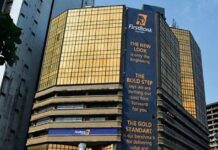 56 KIDNAPPED BY BANDITS IN NIGER,ONE KILLED