Incidents of bird strike have become a source of concern to airline operators who fear that if not checked it may result to a major accident.

To this end, the airlines have called on the Federal Airports Authority of Nigeria (FAAN) to urgently curtail the movement of birds around the airports and flight paths on takeoff.

A bird strike is a collision between an airborne animal (usually birds or bats) and an aircraft.

While airstrikes are categorised as natural phenomenon that could be controlled using environmental techniques, it however becomes worrisome when bird strike occurs frequently, thereby distorting flight schedules and threatening air safety.

The Emir of Kano, Aminu Ado Bayero and 139 other passengers onboard Max Air flight that took off from the Aminu Kano International Airport (AKIA), Kano Tuesday, were hit by a bird, which forced one of the two-engine aircraft to malfunction, prompting the pilot to return to base.

Eyewitness account said the attack caused a big bang on the aircraft and the passengers were petrified with fear, as many went into bouts of prayer, not knowing what actually happened to the aircraft.

Operating with only one engine while gaining altitude on take, the aircraft was jolted, made heavy noise and vibrated in the air, as the pilot dexterously stabilised it and headed back to Kano airport to land.

Report also indicated that the pilot-in-command later informed the passengers about the nature of the incident and returned to base to disembark the passengers.

In the same vein, on May 17, 2021, Aero Contractors’ Port Harcourt-Abuja flight returned to Port Harcourt after one of the engines of the aircraft was hit by a bird few minutes after takeoff.

Similarly, on March 21, 2021, a Lagos-bound Aero Contractors flight returned to Kano after one of the engines of the aircraft was hit by bird during takeoff.

The aircraft, with over 100 passengers onboard, made an air return to base barely 15 minutes after takeoff.

To the Chief Operating Officer of Dana Air, Obi Mbanuzuo, frequent bird strike has become a source of worry to airlines. He called on FAAN to urge its wild life department to do everything possible to curtail the movement of birds around the airport.

He said that Dana Air pilots have been urged to carefully monitor possibility of bird strike before taking off, keeping themselves abreast of bird flocks in communication with air traffic controllers.

The Managing Director of Aero Contractors, Captain Mahmoud Abdullahi told THISDAY that the frequency of the bird strike has reached a worrisome level that something urgent must be done.

“The frequency of the bird strike incidents sends a wrong signal about air operations, especially as many passengers don’t really understand what it is; what they know is that something is wrong with the aircraft and this is not good for the airlines.

Bird strike is a natural phenomenon. It happens all over the world. Everyone knows the Hudson Miracle when a flight picked birds and landed on the river and everyone was saved,” the Aero Managing Director said.

The General Manager, Public Affairs, FAAN, Mrs. Henrietta Yakubu told THISDAY that the agency has been cutting grasses at the airport to make sure that the birds were no more attracted to the airports.

“We are carrying intensive grass cutting exercise. It has been a long time we have not seen birds and suddenly they started coming to the airports. Some of the things we do include the use of Pyrotechnics (screamer siren and Banger) for dispersal of birds through shooting into the air.

“We use propane cannon, which is dispersal of bird through explosive sound device that uses propane gas. We also use chemical dispersal against birds mostly from standing water and phoenix bird wailers, which is an automated voice sound device installed by the runway to prevent birds from the runway,” she explained. 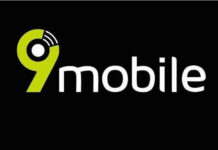 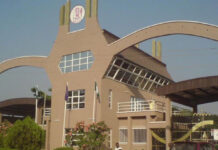 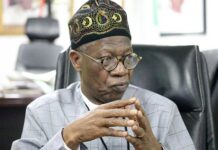