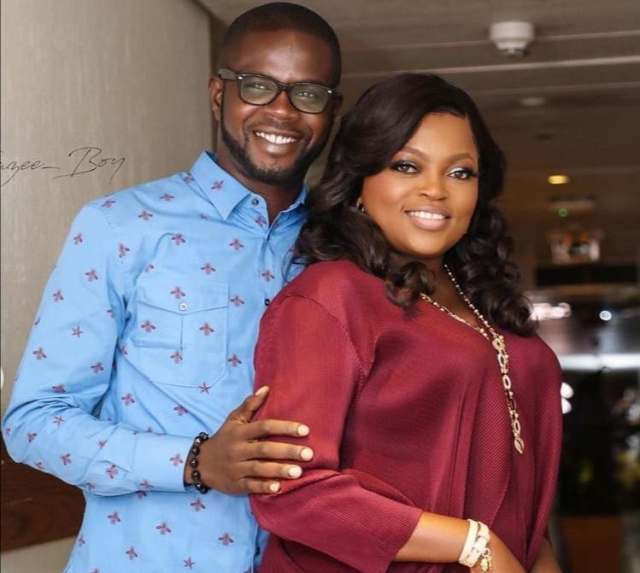 The ‘Omo Ghetto’ star revealed that during a disagreement with her husband, she is usually the first to apologise.

Nollywood actress and producer, Funke Akindele-Bello, has opened up about her relationship with her husband, Abdulrasheed Bello, aka JJC Skillz while revealing that she extends the olive branch when there is a disagreement between them.

The actress who recently released her latest project, Omo Ghetto The Saga, made this statement during an interview session on the programme Your View which airs on TVC.

“When we have disagreements, I apologise first. You know me; it is mouth that I have. I will say everything and just let it go and my anger span is very short but Abdul’s own is longer, so, he takes his time before he gets angry. Abdul does not get angry easily, he takes things easy.

“And Abdul knows how to communicate better; so, if I am having issues with someone I am working with, I usually go and report the person to him. I ask him, ‘what do we do now because you know that I don’t know how to talk o.’ Then he tells me to calm down and goes to talk to the person,” the ace actress said.

The Jenifa’s Diary actress who co-produces most of her projects with her husband further spoke on their working relationship.

Akindele-Bello noted that she has the creative juice while her husband handles the technical aspect.

In her words, JJC Skillz is “very understanding and he is a very good man.”

She said, “For Abdul and me; I am the major producer, Abdul does not produce, he does not even like it. He is a director, he is so technical. I am very creative, he is very technical and he is very good.”

I say it like two days before; I tell him let us talk about the shot list but he says, ‘Yo, Yo, I am coming.’ With his accent, but he has everything in his head. So, when we get to the set, I tell him what I want us to do but he will reply saying, ‘Yo, Yo see this place is small. We have to manage it’.

Akindele-Bello described her husband as very understanding and a good man.

She added that she had learnt over the years to respect her partner no matter what.

“You should not command people to do things; you should communicate in a subtle way. You should not be defensive, you should not nag. So, I tell my husband things I do not like and he does so the same way,” Akindele-Bello stated. 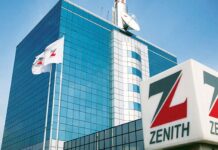 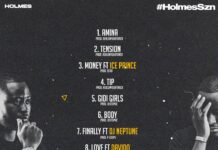 SENSATION ARTISTE, HOLMES IS SET TO DROP HIS FIRST BODY OF...