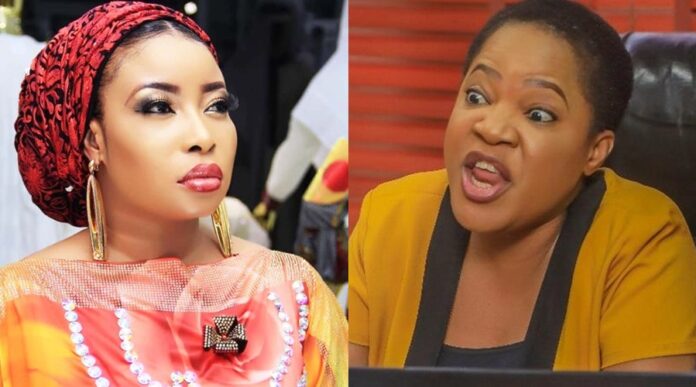 Popular Nollywood actress Toyin Abraham has finally addressed a lingering feud between her and Lizzy Anjorin which started in 2019.
Abraham also warned Lizzy Anjorin to desist from cursing her family.
Anjorin had accused Abraham of leaking her story to the media after she was allegedly quizzed by security operatives for drug peddling during her Hajj trip to Saudi Arabia.

According to Anjorin, she got to know that it was Abraham who “leaked” the story for publication in some blogs.
Anjorin raised the issue in an interview with Esabod, a social media influencer, raining curses on Abraham’s husband and her son.

However, Abraham in an Instagram Live session with another colleague, Iyabo Ojo, denied leaking Anjorin’s news to blogs.
According to her, she has only met Lizzy Anjorin twice in her life and doesn’t know much about her since they are not friends.

“I did not talk or say anything, but for this, I will stand up for my son. When the incident happened with Liz Anjorin, I did not know about it because it was during that time that I put to bed. They did not let me have my phone because I had just delivered my baby.
“What is my own with Lizzy. I have seen Lizzy just twice in my life. The first time was at Regina Chukwu’s job and the second time was at Wasilat Coded’s premiere.

“…I have never spoken about this but I want every parent on earth to judge this matter. They should ask Lizzy to state what I did; she should talk. If I offended you, call me.
“That woman kept cursing my son and husband. You can curse me but do not curse my son. I have never discussed Lizzy’s matter with anyone; we are not friends. God see me.

WHY SHELL, CHEVRON, OTHER OIL MAJORS ARE LEAVING NIGERIA 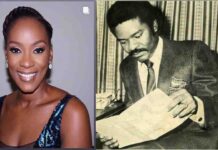 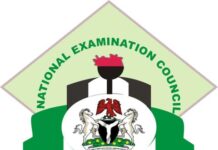