Police Command has continued to make remarkable achievement in the fight against kidnapping, cultism, armed robbery in the State as, the Operatives killed six suspected armed robbers and kidnappers in a gun duel at Isseluku-Umunede axis of Aniocha North Local Government Area of Delta on Sunday morning.

In a statement by the Acting Police Public Relations Officer of the State Command, DSP Bright Edafe stated that, the incident of the killed six armed robbers occurred at about 2:35pm of on Saturday.

“In the early hours of today 6/6/21 at about 0100hours, some enemies of the community and that of the police all armed men numbering about twenty stormed Ashaka police station, they threw IEDS at the station, shot sporadically, and set the police station that was built by the community/DESOPADEC ablaze, and also burnt down one patrol vehicle also bought for the police division by good people of the community just to ensure that police presence is not felt. It is pertinent to state that no life was lost and no arm was taken away.”

Meanwhile, Edafe revealed that, “In another development, at about 1435hrs on 5/6/21, acting on a tip off the commissioner of police Delta state, deployed joint tactical teams of the command who stormed the hideout of suspected armed robbers/kidnappers, engaged the hoodlums in a serious gun duel, the joint team killed six of them, while others fled with gun shot injuries into the bush, one Ak 47 rifle, one pump action gun, one AK 47 magazine with 25 live ammunition were recovered.”

“In the same vein, on 5/6/21 at about 2130hours, the men of Delta state command while on stop and search duty along Patani-Bayelsa road intercepted A
Sienna bus with Reg. no. LSR 813 XL with four occupants, on sighting the police, they quickly tried to maneuver in a bid to escape, the police went after them, on searching the vehicle, one locally made Barretta Pistol was recovered, and four suspects namely, Efe Oyenikoro ‘m’ Felix George ‘m’ Emmanuel Job ‘m’ Joan Yapiteghe ‘m’ were arrested.”

The Acting PPRO assures that, “The Command under the watch of CP Ari Muhammed Ali will not relent, as the CP has given marching order to all tactical commanders, DPOS and men of the command to be on their toes, gather intelligence and take the battle to the den of criminals. He also urges members of the public to volunteer useful information that will assist the police in discharging its duties.” 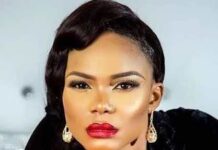 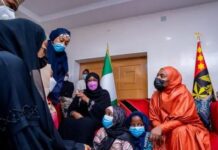 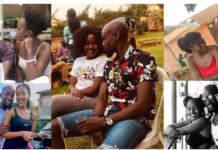