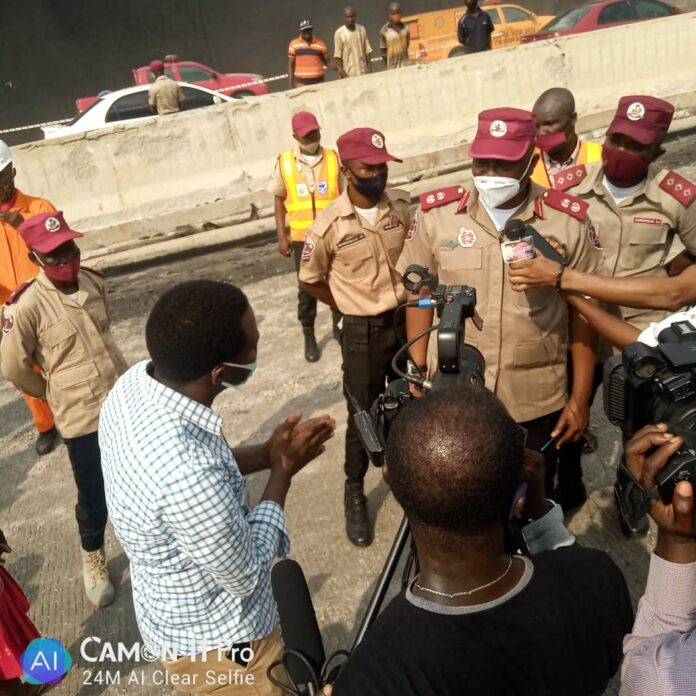 A Mack tanker loaded with PMS tanker FKJ999XX crashed and busted into flame at the Apakun end of the Apapa-Oshodi Expressway.
The crash which occurred on Thursday 7th January, 2021 at around 0935am according to an eye witness account stated that the crash happened because the crashed tanker was dragging the road with each.

This according to the witness led to them colliding and the eventual fall and spillage of it’s content and the fire opposite the Isolo Fire service.

The Sector Commander Olusegun Ogungbemide who visited the scene for an on the spot assessment and evacuation of the crash condemned the damage to the newly repaired portion of the road.

He therefore advises tanker drivers who convey highly inflammable products must endeavor to drive cautiously to avoid preventive crashes on our roads.

All motoring public should also note that Road Safety is a shared responsibility that begins with us all.
He commended all the rescue teams comprising FRSC, Fire service Lagos State, NEMA, Nigeria Police, LASTMA. 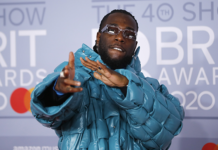 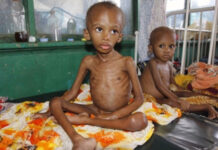 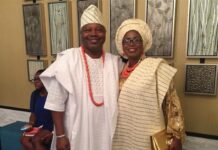