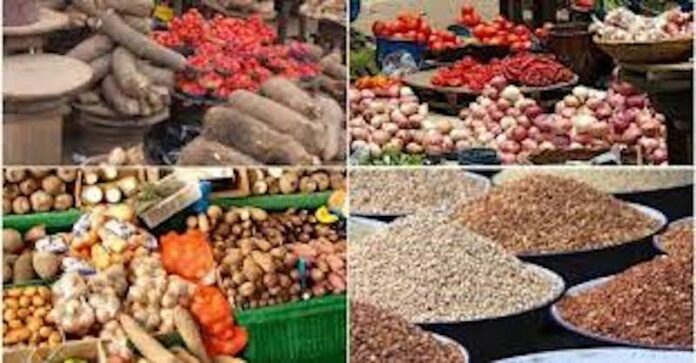 Agriculture plays a significant role in both the human and economic resources of a nation; it is seen as the backbone of a nation’s economy as it enables the provision of food and raw materials and generates employment opportunities for a very large proportion of the population.

Based on its climatic and agroecological conditions, Nigeria possesses the potential to produce a wide variety of crops. The northern part is fertile for the production of cereals such as sorghum, maize, millet, cotton, cowpea and groundnut. In contrast to the Middle Belt and Southern part of the country have the potential to produce cocoa, cassava, yam, plantain and many more food crops.

The production of these crops has the potential to create employment via cultivation, distribution, processing, warehousing, and marketing. As a critical sector of the economy, agriculture drives economic development and industrialisation of economies by providing necessary raw materials for industries.

According to the 2020 PricewaterhouseCoopers report, Nigeria’s agriculture contributed about 24 per cent of the nation’s GDP over the past eight years (2013-2020) while employing almost 36 per cent of the total labour force in the country.

In the early 1960s, Nigeria earned most of its foreign exchange from agriculture. The nation’s over-dependence on crude oil has since led to the under-development of the nation’s agro sector.

Other challenges affecting the nation’s agriculture sector are lack of access to finance, absence of value addition, supply-chain linkages, and outdated agriculture system.

Some sub-national and national government initiatives have sought to provide succour. In Nigeria, for instance, the Central Bank of Nigeria (CBN) and state agro support schemes such as the Anchor Borrower’s Programme help provide small-scale farmers with adequate financing. So much, however, still needs to be done to bridge the demand and supply gap of agricultural produce.

With a population of over 200 million, the optimum actualisation of the inherent benefits associated with agriculture and its value chain have been largely missed through the absence of mechanisation in farming.

Outdated methods of agriculture such as the use of hoes and cutlasses reduce efficiency as these methods are time-consuming. Nigeria’s failure to adopt advanced mechanised systems has reduced the quality of its agricultural products due to lack of finance to acquire heavy machinery.

Private institutions are now also involved in the quest to make a change. Take the Stanbic IBTC Vehicle Asset Financing (VAF), for instance.

It is targeted at providing financing for heavy machines needed for agricultural purposes. It offers an affordable and flexible solution to farmers, enabling them to acquire heavy-duty farm machines to scale up agricultural activities.

Nigeria has equally had to deal with low yields per hectare over the years. This is primarily due to shortages in the supply of inputs such as seedlings and fertilisers, as well as inadequate irrigation and harvesting systems.

They hinder productivity and yield rates. Undoubtedly, the complete neglect of the value chains associated with the sector has contributed to shortages of resources, lack of financing for small-scale farmers and inefficient transport systems.

Stanbic IBTC is also contributing to providing relief in this space. The bank, in partnership with the United Nations, provides seed funding solution to women across Nigeria’s six geopolitical zones and the Federal Capital Territory.

The partnership, valued at $40 million and spread across five years, provides economic empowerment for women, and bridges the gender gap in agricultural productivity and incomes while increasing their access to resources and markets.

Also, the seed funding is targeted at women in the shea nut and rice value chains. It is geared towards providing an enabling environment for women to thrive and gain access to developmental opportunities especially in the agro-industry.

The Stanbic IBTC N50 billion agro finance solution is also in partnership with the Nigeria Incentive-Based Risk Sharing System for Agricultural Lending (NIRSAL). This is focused on boosting Nigeria’s agricultural productivity and modernisation.

Signed in 2017/2018, the partnership seeks to create over 92,000 direct jobs, impact about 200,000 lives, boost incomes of rural farmers and complement the government’s efforts to drive inclusive economic growth through agriculture.

Stanbic IBTC is quietly but surely emerging as a major contributor to Nigeria’s economic development through its involvement in the agricultural sector. It is also helping to reduce the nation’s unemployment levels especially among its growing youth population.

Nigeria and indeed Africa’s economic growth and development are intertwined with the ability to harness the agricultural potential. The landmass is available; the manpower is abundant, and with meaningful support and investment, agriculture can be a true game-changer.

Stanbic IBTC is showing what is possible, and other corporates should take a leaf. Nigeria can become food sufficient when players in both the private and public work together. 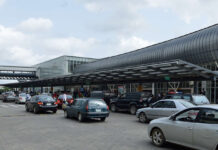 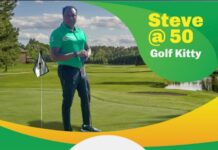 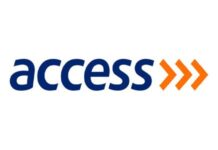