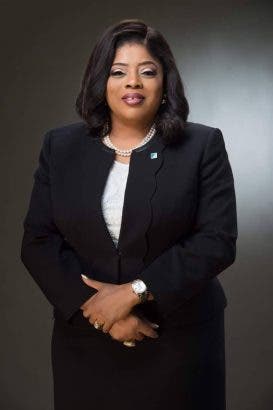 CardinalStone Partners made an upgrade to Fidelity Bank earnings as the Tier-2 capital lender reduced its funding cost by almost 300% from 7.2% amidst the struggle for a low-cost deposit base.

Similarly, due to a decline in operating cost, the bank’s cost to income ratio went down, creating room for an improved margin. Some investment analysts told MarketForces Africa that earnings result for the second quarter will set the direction for Fidelity Bank’s earnings outturn for 2021.

One keyword that defines the banking sector in recent times is caution due to the high default risk induced by the outbreak of the covid-19 pandemic.

In the financial service sector, Fidelity Bank has been bullish on lending. The bank has been actively strong with on-lending facilities for developmental purposes.

In an industry report, CardinalStone Partners recognised improvement in the bank’s earnings profile, resulting in a rating upgrade from hold to buy.

According to CardinalStone, Fidelity Bank get a raise as the lender continue to be pushing through the barriers amidst regulatory and tepid economic growth performance.

“We raise our profit before tax forecast for Fidelity Bank to N33.3 billion and upgrade our recommendation to BUY from HOLD”, equity analysts at CardinalStone said. Analysts said they like the consistency in the bank’s strategy following the appointment of a new Chief Executive Officer –without drama.

While many lenders have become so conservative in booking credits due to a surge in non-performing loans resulting in a steep rise in impairment charges, Fidelity Bank comfortably expanded its book in the first quarter of 2021.

At 7.3%, CardinalStone analysts said the bank recorded the strongest Q1-2021 loan growth among its coverage universe, despite the broad slowdown across the sector.

Furthermore, CardinalStone elaborated that gains from a drastic reduction in the cost of funds have proven critical to the uplifting the bottom line and, analysts believe, this could linger through the financial year 2021.

Bouncing Back After a Tough Year

2020 was a tough year for Fidelity Bank. The bank’s topline was dragged by all revenue streams, said equity analysts at Meristem Securities Limited in a report. Unlike most of the other lenders, analysts specifically noted that Fidelity Bank Plc.’s earnings took a hit from the pandemic-induced storm with almost all income lines posting negative growth.

Similarly, the reduction of interest on the Central Bank’s intervention funds had a negative effect on interest income, as about 23% of the bank’s risky assets are funded by intervention funds. Furthermore, analysts said the regulatory reduction of transaction charges induced the 21.41% year-on-year decline in fee-related income.

Consequently, the bank’s non-interest income went south by 11.21%. An improvement in the yield environment, as well as Management’s indication of the possibility of loan repricing, should redirect interest income northward in 2021, Meristem Securities explained.

Also, it added that growth in transaction volumes across the bank’s digital channels should bode well for fee-related income in the current year. “We, therefore, anticipate 11.86% rebound in gross earnings to N230.67 billion for 2021”, equity analysts at Meristem Securities Limited forecasted.

While the yield on assets reduced by 290 basis points to 10.70%, the cost of funds benefitted from both the low yield environment, moderated 270 basis points to 3.60%, even though interest-bearing liabilities increased sharply, up 32.72% year on year to N1.959 trillion.

The bank’s net interest margin thus, recorded a marginal uptick to 6.30% from 6.20% in 2019 while analysts said they like the modest increase in operating expenses by only 2%, in spite of the inflationary pressure in the economy.

More so, Meristem Securities believes the increase in operating expenses was mainly due to an increase in regulatory overheads. Nevertheless, the bottom line was dragged by sky-high growth of 418.56% in credit loss provisioning for risky assets as profit after tax shed 6.24% to NGN26.65 billion.

Fidelity Bank indicated that the bank would strengthen its digital channels and agent banking footprint, with a view to accumulating low-cost deposits going forward.

Meristem Securities analysts said they expect this to further suppress funding costs, which would have a pass-through effect to increase profitability.

“In addition, we expect the improved business environment to reduce the tide of impairment, which is also promising for profitability in 2021”, analysts said.

Meristem Securities said 18.27% increase in the bank’s gross loans to N1.393 trillion was partly attributable to the impact of currency devaluation.

Looking ahead, the investment firm foresees an improvement in NPL ratio in 2021, as sectors that contributed the most to the NPLs in 2020 -Transportation and General Commerce- are beginning to witness improvements.

“We also take comfort in the bank’s high NPL coverage ratio of 139.30% and adequate Capital Adequacy Ratio of 18.20%”, analysts said. At 37.80%, the bank’s liquidity ratio is well above the regulatory minimum, notwithstanding its high effective cash reserve ratio of 31.79%. 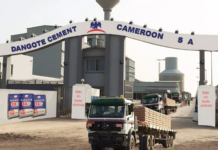 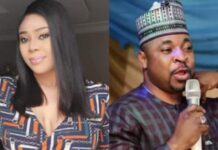 I’VE FOUND LOVE AND I AM READY TO GIVE MARRIAGE ANOTHER...