The Peoples’ Democratic Party in Niger State has said former governor Babangida Aliyu remains suspended for his role in undermining the PDP and ensuring that former President Goodluck Jonathan lost the 2015 presidential elections.

The Party leaders and faithful in the three senatorial district of the state reaffirmed their support for the suspension of Aliyu through their spokesman, Mallam Yahaya Usman.

The PDP spokesman in Niger State said it backed the Rivers State Governorb Nyesom Wike, who said Aliyu owed the PDP an apology for admitting that he undermined the party in 2015 elections.

Usman said, “We have been vindicated, Dr Aliyu betrayed us and worked for the ruling All Progressives Congress.

“He betrayed the party, former President Goodluck Jonathan and our governorship candidate, Alhaji Umar Nasko. We have said it that he donated funds to the opposition party.”

Recall that Aliyu in a statement said the 19 northern governors worked against Jonathan’s election in 2015 because there was an agreement with Jonathan to serve only one term which Jonathan reneged on.

However, Jonathan  called Aliyu a pathological liar and a backstabber, while former governors Jonah Jang and Sule Lamido denied knowledge of such agreement cited by Aliyu.

The Niger PDP spokesman added, “We reaffirm the elevation of former deputy governor Shem Zagbayi as the new leader for Aliyu’s zone.” 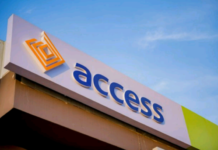 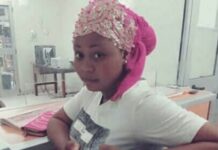