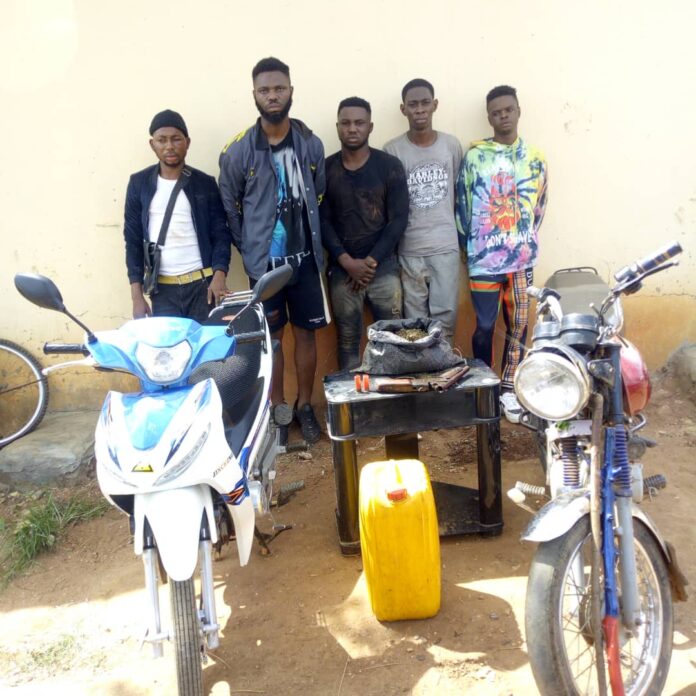 The Ekiti State Police Command has arrested five (5) suspected cultists in the State.

In a press statement e-signed by the Command’s Spokesperson, ASP Abutu Sunday stated that, “On 25th April, 2021 at about 0130hrs, information was received by the Police Rapid Response Squad (RRS), Ekiti State Command, that some members of the BLACK AXE(AIYE) secret confraternity were holding an initiation rite inside a bush behind Ekiti State University(EKSU) Campus, Iworoko-Ekiti.”

Abutu said, “Upon the receipt of the information, a team of the RRS Operatives in synergy with the Police Personnel attached to Iworoko Divisional Police Headquarters swung into action and stormed the bush where the suspected cultists shot sporadically on sighting the Police.

In the process however, five(5) suspects were arrested and all claimed to be students of Ekiti State University while other suspects took to their heels and escaped.

Items recovered from the scene were: one cut to small size locally made pistol, two expended cartridges, one gallon containing liquid drug, weeds suspected to be Indian Hemp and two motorcycles.

Meanwhile, “the Ekiti State Commissioner of Police has ordered a thorough investigation of the arrested suspects and has equally tasked the Operatives to ensure the apprehension of the fleeing suspects.

The Ekiti State Police Boss, while assuring the good people of Ekiti State that the Command’s fight against cultism and other criminal activities in the State will continue until they are brought to zero, enjoins everyone to cooperate and support the Police in the fight against crimes by providing timely and useful information that could help in flushing out the criminal elements in our Society. 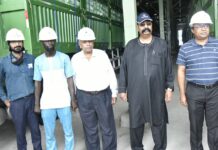 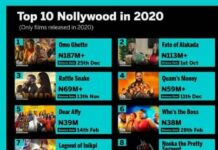