The Deputy Governor of Ekiti State, Otunba Bisi Egbeyemi has debunked rumour being peddle round especially by the opposition elements in the state that he was drunk and slapped an officer of the Nigeria Security and Civil Defence, (NSCDC) attached to the Government House, Ado Ekiti, Mr Sunday Olasekun.

In a release issued by his Special Assistant on Media, Mr Odunayo Ogunmola, Egbeyemi described the rumour as a falsehood as he said he does not take alcohol talkless of being intoxicated on Sunday morning.

” The attention of the Ekiti State Deputy Governor, Otunba Bisi Egbeyemi, has been drawn to a blatant falsehood being peddled by one Lere Olayinka that His Excellency, the Deputy Governor, Otunba Bisi Egbeyemi, was drunk and thereafter slapped an officer of the Nigeria Security and Civil Defence Corps (NSCDC), attached to the Government House, Ado Ekiti, Mr. Sunday Olasekun.

” We want to state categorically that nothing of such happened today, 10th November, 2019 at the Government House, Ado Ekiti or anywhere for that matter.

“We want to assert that this fake news is one of the lies and a desperate attempt by Lere Olayinka to destroy the name and reputation the Deputy Governor of Ekiti State has built over the years both in private life and public service career.

” To say the least, the report was not only a joke taken too far but a devilish imagination of a foolish thought emanating from a jobless and idle individual who is desperately seeking undeserved relevance and patronage from his politically wounded sponsors.

” Everybody who knows Otunba Egbeyemi will know that given his pedigree as an eminent legal practitioner of almost forty years at the Bar and reputable traditional chief in his hometown, Ado Ekiti and a holder of chieftaincy titles within and outside of the state, he will not descend so low to publicly assault an officer on duty.

“The question the discerning members of the public should ask the purveyor(s) of this falsehood is: what could have warranted the slapping of a security officer at his duty post?

“Even if the said officer err or misbehaves in the line of duty, is slapping him personally by the Deputy Governor the next thing to do given his pedigree when there are senior security officers within the Government House Complex that can handle any case of indiscipline among security personnel on duty?

“Besides, the Deputy Governor, who is widely reputed for his dignity, candour, carriage, comportment and temperance does not take alcohol at all let alone being intoxicated on a Sunday morning while going for a church service.

“We are putting it to the incorrigible liar, who is the brain behind this fake news, that is it logical or moral for any sensible human being going to the church, which is a place of sobriety, to be intoxicated ahead of a period of worship where he will interact with many people including clergymen?

“So, the issue of dragging a rifle with a security officer on duty does not arise at all. Spewing out such lies can only be carried out by somebody who has sold his soul to the devil as the case of the writer(s) of this fake news is”

Ogunmola said ” it will be recalled that this same idle agent of falsehood, less than twenty four hours ago, had peddled an unfounded lie against the person of the Governor of Ekiti State, Dr. Kayode Fayemi, that he (Dr Fayemi) was denied visa by the Embassy of the United States of America.

“We want to make it abundantly clear that lies, such as this one, this is the stock in trade of Lere Olayinka who is desperately seeking relevance since the government he served in was voted out of power by the good people of Ekiti State.

” We wish to let the good people of Ekiti State, Nigeria and social media users around the world know that Otunba Egbeyemi has been so friendly with everybody he comes across including civil servants, security officers, protocol officers, journalists and even politicians who are members of opposition parties.

” The Ekiti State Deputy Governor is very jovial, accommodating and fatherly with his staff and this senior citizen cannot hurt a fly and will never be involved in a scuffle with anybody at his age.

“We want members of the public, especially users of social media to know that this wicked lie against Otunba Egbeyemi will definitely not be the last to come from Lere Olayinka and they should be put on notice”.

Ogunmola further said that Otunba Egbeyemi will never be distracted “by this feeble attempt to impugn on his integrity and drag his name in the mud to which the brain behind this fake news belongs.

“Otunba Bisi Egbeyemi is focused on the task constitutionally given to him to support the Governor of Ekiti State, Dr. Kayode Fayemi, to take the Land of Honour to greater heights”, he said 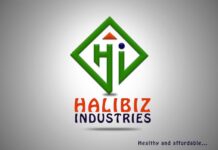 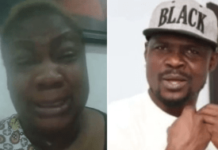 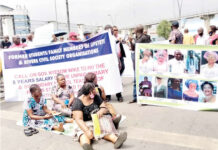 AfDB’s historical capital increase, a vote of confidence in your leadership... 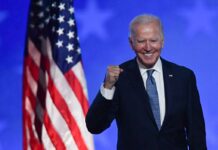 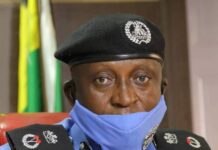