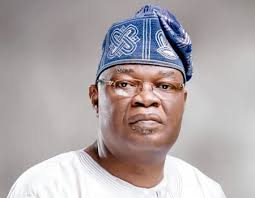 Former deputy governor of Ekiti State, Dr. Sikiru Tae Lawal, has condemned the violence that marred the Ekiti East Constituency 1 House of Assembly bye-election on Saturday, describing the development as animalistic and a show of shame by some armed thugs.

Lawal, a governorship aspirant in the Ekiti 2022 race, on the platform of the People’s Democratic Party(PDP), said the killing of voters and shooting of security agent and others by thugs brought to polling units by some people was not only primitive but a big shame brought on the State and Nigeria as a whole by those who sponsored the thugs.

Addressing newsmen in Ado-Ekiti on Sunday, the former deputy governor noted that It was unfortunate that some politicians were still living in the stone age because they believed that they cannot win any election without engaging in violence.

He noted that if mayhem could be unleashed in a mere state constituency bye-election, only God knows what is in the pipeline for the 2022 governorship election in the state.

Lawal, however, expressed optimism that the All Progressives Congress(APC) would meet its waterloo because the people of Ekiti State are determined to vote out the APC government in next year’s election.

He commiserated with the families of the deceased, prayed to God to console and give them the fortitude to bear the loss, wished those who were injured quick recovery.

Lawal sympathised with Sen Biodun Olujimi, the Senator representing Ekiti South and the people of Omuo-Ekiti, urging them not to waver because light will eventually triumph over darkness.

He called on the police to bring the perpetrators of the mayhem to book without delay. 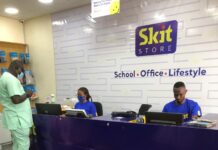