The representative of Kaduna Central Senatorial District in the 8th National Assembly, Senator Shehu Sani, has appealed to youths in northern Nigeria against avenging the murder of the late All Progressives Congress Chieftain, Ahmed Gulak, who was killed on Sunday.

Gulak was murdered by some gunmen in Owerri, the Imo State capital, on his way to catch his flight at the Sam Mbakwe Airport.

Sani, in a statement on Monday morning, condemned the action of the gunmen and said it was an attempt to cause an inter-tribal conflict.

He said the fact that the Indigenous Peoples of Biafra, had dissociated itself from the murder, showed that it was a purely criminal action.

He, therefore, pleaded with his kinsmen in the North to avoid a major conflict with the Igbo by not revenging Gulak’s death.

“The murder has all the elements of some forces trying to trigger an inter-ethnic war between Northerners and the Igbo.

“We must resist that plot. The statement by IPOB dissociating themselves from such despicable and barbaric act and even extending their condolences to the family of the late Gulak should be accepted in good faith.

“The police and other associated security agencies should do a diligent investigation and look beyond hurried finger-pointing. May Allah grant Ahmed Gulak Aljanna firdausi.Amin.”

Meanwhile, the South-East Caucus in the National Assembly has asked the Inspector General of Police, Alkali Baba, to arrest Gulak killers and end the growing violence in the region by bringing the perpetrators to justice.

The federal lawmakers stated this in a press statement jointly signed by them and issued in Abuja on late Sunday evening, titled, ‘South East NASS Caucus decry attacks, killings in South-East’.

They insisted that agitations for resource control and restructuring was in order but should follow the necessary process of engagement.

Part of the statement read, “We, the South-East Caucus of the NASS, as leaders and major stakeholders in the region, have observed with surprise the sudden spike in violence in the region known for its calm, love and peaceful disposition to visitors irrespective of tribe and religion.

“We have had cause always to deploy the instrumentalities of the institution of state to alert the government of Nigeria about some of the vexed issues of injustice, inequity and obvious marginalisation of the South-East in governance structure.

“Nonetheless, we have not lost hope that the authorities will eventually do the right thing for the continued peaceful coexistence of all people in a united Nigeria.

“However, we are worried over recent developments in the South East, which has thrown the zone into violence and confusion.

“We note the increasing agitation for restructuring of Nigeria and increasing separatist agitations across the country due to perceived and real issues of marginalisation.

“On these issues, we, the leaders across-board, have consistently cautioned that such agitations must be strictly in accordance with the laws of Nigeria and must be peaceful and devoid of violence.

“The South-East Caucus of NASS commiserates with all who have lost loved ones, friends and colleagues in these unfortunate incidents and trust that our great country is resilient enough to weather and survive the current challenges confronting it.

“We, therefore, condemn in its totality the attack on the security personnel and their formations, particularly on the police, INEC, courts and correctional facilities. It is unacceptable and must never for whatever reason be condoned.

“We urge the Inspector General of Police to dig deep in his investigations to unravel the actual identities of these unknown gunmen determined to create a state of anarchy in the South-East.

“The investigation has become necessary in the circumstance because of the magnitude of the attacks. More so as the region had not witnessed such in the past.

“We advise the security agencies to continue to show restraint in the discharge of its mission to restore peace in the Southeast. Security operatives must remember, at all times, that the majority of Igbos are opposed to any form of violence in furtherance of any cause.” 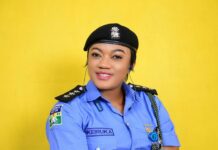 PRIMATE AYODELE BARES IT All ON MEANING OF PROPHECIES, NAMES TRUE... 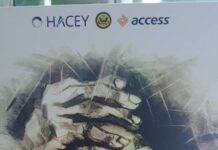