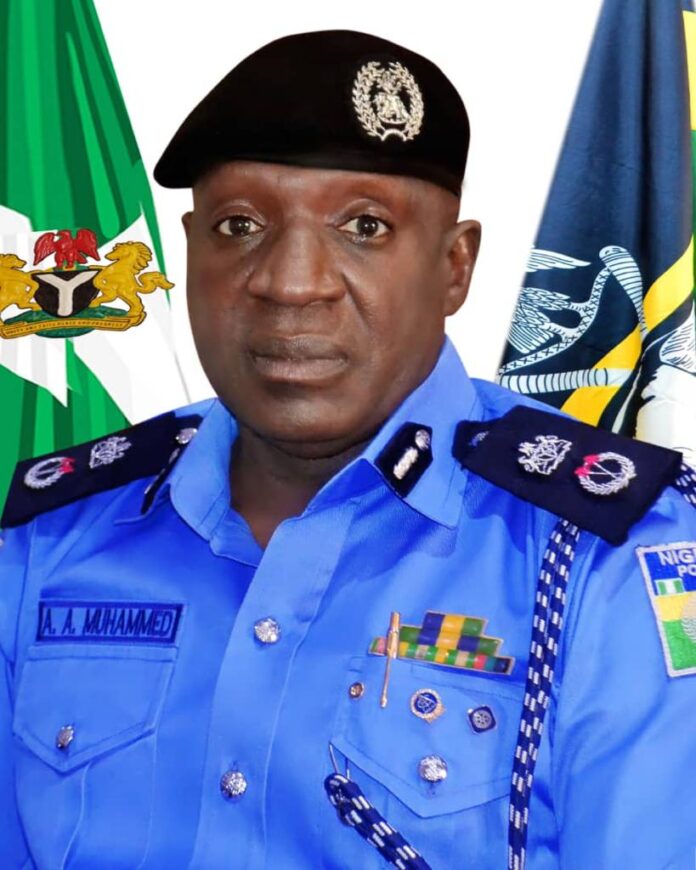 The Delta State Police Command under the Leadership of CP Ari Muhammed Ali have continue to records giant strides in the fight against criminality, kidnapping, cultism, illicit drug dealing among others in an effort to bring crime to the minimum level in the State.

In a press statement released and e-signed by the Command’s Spokesperson, DSP Edafe Bright stated that, “The Commissioner of Police Delta state CP Ari Muhammed Ali FCIA, PSC+ in his effort to bring crime to minimum level in the state has mandated DPOS to embark on continuous Raiding of criminal hide out in a bid to nip crime in the bud and ensure that All Deltans sleep with their two eyes closed, intensive stop and search, Intelligence gathering, and cultivation of informant are vital in this regards.”

“The commissioner of police urge members of the public to continue to support the command like they have been doing by giving useful information to the police that will help in policing the state, and the police in return will ensure that they are protected. DPOS also have key into the desire of the commissioner of police, they have been on their toes while carrying out these directive to the latter.

Edafe revealed that, “On 19/04/2021 at about 0332hrs information was received by the DPO Oghara Division CSP Jimoh Hassan that one Solomon Otomierewo ‘m’ of Ibori road Oghara and his girlfriend one Rukewe Urhiephroune ‘f’ were kidnapped while returning to their house, by four armed men who blocked his unregister Mercedes GLK and took them to a bush along koko road.

Meanwhile the victims’ Mercedes benz GLK through technical intelligence was later traced to oviore near isiokolo in Ethiope East LGA where with the assistance of the army, two of the suspected kidnappers one Oghenetewhe ‘m’ surname unknown and Gift ‘m’ surname unknown have been arrested and the vehicle recovered from them.

Investigation is ongoing and manhunt for the fleeing members of the gang is on top gear.

“Similarly, On the 18/4/2021 at about 2050hrs, sequel to a tip off that some hoodlums suspected to be kidnappers were operating along Ogor-Ivwreni road.

The Divisional police officer ‘A’ Division Ughelli mobilized and led patrol teams to the scene, rescued one Ovwenu Augustine ‘m’ and Victor Orogunu ‘m’ who sustained gunshot injuries on his right leg, the police rushed them rushed to the Hospital for treatment. The exhibits recovered from the scene are one (1) corolla ash in colour with Reg. No.

GBJ 73 FD Delta, one (1) Hyundai black in colour Reg. No. WWR 180 PR Delta and one (1) Benz 200E white in colour with Reg. No. CL 193 ABJ Abuja. Investigation is ongoing, and members of the public are urged not to keep quiet when there is any suspicious movement in their area, as a timely information to the police can lead to the arrest of these hoodlums.

On the 15/4/2021 at about 0440hrs, “based on intelligence gathered, the DPO ‘A’ division Warri CSP T.Y. Mahmud Mobilized Quick Response Team and stormed a black spot opposite Army check point Adisa, where one Samaila Abubakar ‘m’ 20yrs and Haashimu Aiki ‘m’ 16yrs were arrested with the following exhibits: Eighty (80) wraps of skunk, twenty-eight (28) pieces of Tramadol, six (6) tablet of Cwion, fifteen (15) packs of Tygra 200mg, twelve (12) packs of blue Vega, forty-one packs (41) of red Vega, one (1) packs of Rislar. Both suspects has been giving vital information that will lead to the arrest of various illicit drug dealers in the area.

Similarly on the 16/4/2021, based on another tip off, Police men from ‘A’ division warri arrested one Onyeka Henry ‘m’ of dore street Warri, on interrogation, suspect allegedly confessed that he use to be a drug baron, but recently, police has been after illicit drug dealer, he knew it was time to call it quit, and ever since then he vowed to turn a new leaf. Investigation is still ongoing.

“On the 17/4/2021 at about 1215hrs, information revealed that a group of suspected cultist was seen gathered within Pessu Community.

In a determined effort to ensure that the directive of the commissioner of police Delta state CP Ari Muhammed Ali FCIA, PSC+ on the eradication of cultist in the State is complied with, the Divisional Police Officer CSP T.Y. Mahmud mobilized the A Division Warri Quick Response team and stormed the community.

Upon sighting the Police the suspected cultist hurriedly dispersed. Five (5) of the suspects were identified as members belonging to Pessu community and with the assistance of the youth chairman and security head, search was conducted in the Area, one(1) Locally Made Double Barrel Pistol with a live Cartridge was recovered.