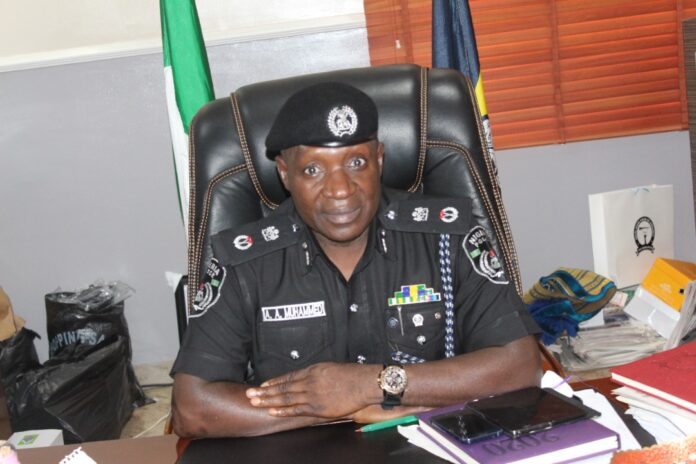 The Commissioner of Police, Delta State Police Command has declared war against cultism, kidnapping and and criminality in the State.

In a press statement by the Command’s acting Spokesperson, DSP Edafe Bright stated that, “On the 15/7/2021 at about 2050hrs, Commander of RRS Delta and team while on visibility patrol along Ibusa-Ogwashi-Uku – Issele-Azagba road after Ogwashi-Uku Polytechnic, received information that a group of suspected cultist came out from the bush with intent to cause mayhem.”

The commander RRS, led men immediately, the cultist who were armed on sighting the police, quickly retreated back to the bush, but the police did not relent, they chased them into the bush, there was exchanged of gun fire, the hoodlums who could not withstand the firepower of the police threw away one AK 50 rifle with breach No. NA48333 containing a full loaded magazine with nineteen (19) rounds of 7.62mm live ammunition and escaped.

The rifle was recovered while effort is on to arrest the fleeing suspects. Similarly, a cult initiation process was foiled on the 3rd of july, SACU operatives acting on in intelligence gathered that there is will be cult initiation in Ogume community in Ogume Local government area of Delta state, SACU operative stormed the bush at night, and successfully arrested over 28 suspect.

Eight suspected Aiye confraternity cult members were also arrested in Warri. Further investigation and the confessional statement of one of the suspects led to the arrest of one Lucky Eluagu (m) alias DJ Lucky age 27years of old Okpe Street Jeddo in okpe local government area, the suspect confessed being a valid member of aye confraternity. Exhibit recovered from him includes a face cap with black axe logo.

The Commissioner of police has mandated DPOS and tactical commanders to embark on continuous Raid of cultist hideout, suspected cultist from different cult groups have so far been arrested, and will be charged to court on conclusion of investigation. Meanwhile the Commissioner of Police Delta stateCP Ari Muhammed Ali FCIA, PSC+ has mandated DPOS to maintain and sustain this Tempo because Delta state under his watch will never be a safe haven for cultist to hibernate.

On the 13/7/2021 at about 1630hrs, The DPO Oviwan-Aladja division acting on a distress call that some armed robbers were at a bush bar in Otor-Udu. Consequently, the DPO swiftly deployed patrol teams to the scene, on sighting the police, they attempted to escape in a motorcycle, they were chased by the patrol teams, two of the suspects escaped while one was arrested. On Searching, the suspect Umukoro Collins was in possession of a black bag, on searching the bag, one (1) locally made pistol and one (1) live cartridge was recovered. Manhunt for the two suspects at large is ongoing.

On the 15/7/2021 at about 1745hrs, ‘B’ Division Warri patrol team while on stop and search at Igbudu area had an encounter with three (3) armed men gang suspected to be armed robbers. The gangs were armed with a locally made gun on sighting the Police opened fire on the patrol team and on the process Police returned fire, one of them that was armed with a locally made gun was fatally injured while others escaped. Items recovered one (1) locally made gun, one (1) live cartridge and one (1) expanded cartridge were recovered. Effort is ongoing to track down the fleeing suspects.

On the 15/7/2021 at about 0900hrs, Eagle-Net Special Squad operatives while on stop and search at Otukutu junction Warri sighted two young men, the suspects on sighting the police attempted to run but were given a hot chase by the police which led to the arrest of one Mohammed Umar ‘m’ 18yrs of Raba LGA of Sokoto State and Aliyu Abubakar ‘m’ 20yrs of Danko Wasagu LGA of Kebbi State that was discovered to sustain a broken arm and injuries on his back which crave suspicion after a thorough search on the said suspects one (1) live cartridge, one (1) mini Techno phone, three thousand naira (N3,000), some stick of cigarettes and one lighter was found in their possession. Investigation is ongoing. 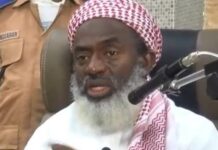 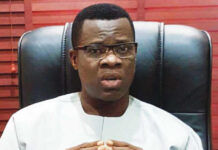 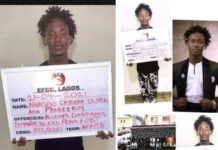