The convict was prosecuted by the Abuja Zonal Office of the Economic  and Financial Crimes Commission, EFCC on a one count charge of obtaining by false pretence to the tune of $5000 (Five Thousand U.S. Dollars), using a fictitious email address: mooresmithg1@gmail.com to obtain the sum of $5000 from one Amit Raykundal.

He pleaded guilty upon arraignment Thursday, following which, prosecution counsel, Fatima Ado Gwaram urged the court to convict and sentence him accordingly, pointing out that the convict had already forfeited the proceed of the crime to the  tune of N1,100,000 and a Toyota Corolla 2005 model in line with the plea bargain agreement he entered with the prosecution.

The EFCC, Abuja Zonal Office prosecuted the convict on a one count charge of cheating, having attempted to cheat by representing himself as Angela Williams, a female Caucasian from California, USA.

He was found to have created a fictitious WhatsApp account to facilitate his fraudulent intention.

Upon arraignment today, he pleaded guilty to the charge, prompting prosecuting counsel, Fatima  Gwaram to urge the court to convict and sentence him accordingly.

Kogi : PDP to clear workers’ salaries on assumption of office... 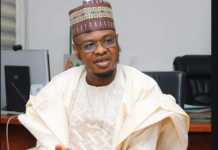 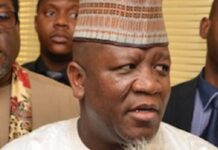