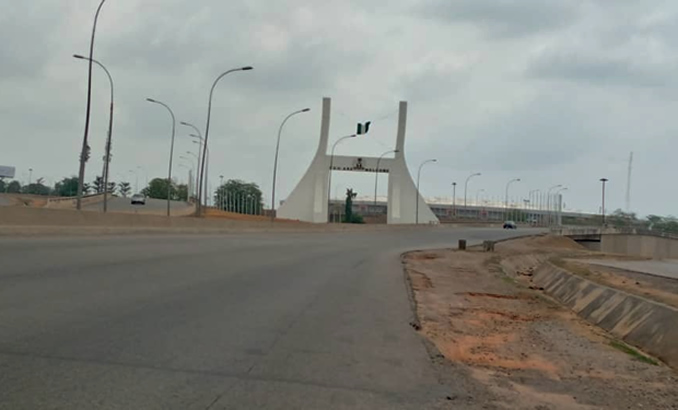 Deserted Abuja road during the lockdown‌

Aviation experts have warned against another lockdown, following the directives made by countries of the world announcing new international travel restrictions.

In Nigeria, the nation’s airports were closed on March 23, 2020 to stem the spread of the COVID-19 pandemic in the country but the Federal Government started reopening them on July 8, 2020. Most countries of the world had done a similar thing in 2020.

The International Air Transport Association predicted a net loss of $118.5bn for airlines in 2020. It said this would reduce sharply by $80bn in 2021, according to a report titled ‘Deep losses continue into 2021.’

Similarly, IATA said Nigerian airlines lost $2.09bn in April and June 2020, with passenger numbers declining by 5.32 million when compared to the corresponding periods in 2019.

Now, countries such as the United Kingdom, Dubai, Netherlands, Germany and Canada imposed fresh travel restrictions into their countries.

In a statement dated January 28, 2021, the United Kingdom banned travel from the United Arab Emirates, Burundi and Rwanda to prevent the spread of the new variant originally identified in South Africa into the UK.

A notice from Dubai Airport Operations Centre on January 29 has insisted on direct flights from Nigeria to Dubai. An aviation consultant, Mr Olumide Ohunayo, warned against another lockdown as the impact on the economy could be disastrous for the economy.

He said, “Restriction of travel cannot be done in isolation without looking at the economy as well as the effect of the Presidential Task Force on COVID-19’s protocols and daily statistical analysis of death, infection and survival.”

He added, “The Federal Government has just promulgated a law on face masks in public places. I think this law will help us. Locking down the airspace now will not only affect the aviation industry but the economy as a whole.

“The industry is gradually recovering on the domestic route. The international route is currently in shambles. I think the government should tighten the screw but leave the airspace open.”

IATA Director-General and CEO, Alexandre de Juniac said, “The industry’s outlook grows darker by the day. The scale of the crisis makes a sharp V-shaped recovery unlikely. Realistically, it will be a U-shaped recovery with domestic travel coming back faster than the international market.”

In an interview, the spokesperson for Dana Air, Mr Kingsley Ezenwa, said the industry could lose billions if Nigeria considers a travel ban this period.

He said, “Although nothing is certain yet, our economy is too fragile and can’t survive any lockdown or suspension of any aspect of the economy now.”

An aircraft engineer and Chief Executive of 7 Stars Global Hangar, Isaac Balami, said, “Too much has happened to us in the last nine months; it is clear that COVID-19 has done a lot of havoc.

“There are a lot of airlines that may not come back again. Some people have lost their livelihoods and may not get it back especially in those countries or sectors that are getting intervention.”

Balami called for responsibility, noting that people should live with it till there is a proper cure.

A former President, National Associations of Nigerian Travel Agencies, Bankole Bernard, said that in the first two months of the global lockdown in 2020, the Nigerian travel industry lost more than N180bn and thousands of jobs.

Bernard said that in Nigeria, about 24,000 jobs were cut, while many employers had ceased payments for a few, who still had their jobs retained until business situations improved.

Meanwhile, the Director, Public Affairs, Ministry of Aviation, James Oduadu in a recent interview with journalist, said the Federal Government was monitoring the situation closely in terms of a possible flight ban. He also explained that a flight ban had to be in tandem with neighbouring countries. UBA WINS ‘BANK OF THE YEAR’ AT INDEPENDENT NEWSPAPERS AWARDS NIGERIA IS MY HOME, I DESERVE TO WIN CCBNAIJA, SAYS SOUTH...