Arsenal reached the Europa League quarter-finals despite suffering a 1-0 loss to Olympiakos in the second leg on Thursday, while Mislav Orsic scored a brilliant hat-trick as Dinamo Zagreb knocked out Tottenham Hotspur after extra time.

Youssef El-Arabi’s deflected second-half strike earned Olympiakos another victory at the Emirates but Arsenal advanced 3-2 on aggregate, avenging their exit to the Greeks on away goals last season.

Dinamo coach Zoran Mamic resigned this week after being sentenced to four years and eight months in jail for multi-million euro fraud involving Luka Modric’s move to Tottenham and other transfers.

However, Orsic curled in a marvellous shot from the corner of the area to give Dinamo the lead on 62 minutes and then capped off a fine team move with a thumping finish to send the match to extra time.

Orsic completed his treble in style as he ran past three players and hammered a low drive beyond Tottenham goalkeeper Hugo Lloris from the edge of area on 106 minutes.

Harry Kane nearly snatched a late goal that would have put Spurs through on away goals but his effort was clawed out by Dinamo goalkeeper Dominik Livakovic.

Spanish side Granada extended their debut run in European competition, going through 3-2 overall, despite a 2-1 loss to Norway’s Molde in Budapest.

Roma also progressed as a 2-1 victory courtesy of two goals from Real Madrid loanee Borja Mayoral against Shakhtar Donetsk in Kiev wrapped up a 5-1 win on aggregate.

Zlatan Ibrahimovic is set to face his former club as AC Milan host Manchester United at the San Siro following a 1-1 draw in England last week.

Rangers meanwhile are at home to Slavia Prague. Steven Gerrard’s side have already been crowned Scottish champions and drew 1-1 in the Czech Republic last week.

Four-time European champions Ajax are virtually assured of passage into the next round as they are 3-0 ahead in their tie with Young Boys, while Villarreal hold a two-goal lead over Dynamo Kiev. 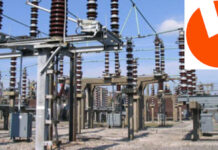 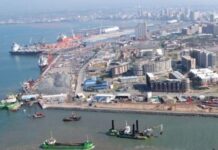