In a bid to becoming Africa’s gateway to the World, Nigeria’s largest bank by total assets have been making series of acquisition. However, investment analysts said there is none of the new acquisition in the recent time that offers sweetheart deal like M&A with Diamond Bank.

In a new report, analysts at CardinalStone Partners Limited upgraded the lender’s pretax profit forecast to N146 billion from N144.35 billion initially projected as against N125.92 billion reported by the bank in the financial year 2020.

In the first quarter of 2021, the financial service behemoth saw about a 40% meteoric rise in fee and income to N38 billion, which supported a 40% year-on-year growth in profitability.

“While these strategic incursions may make ACCESS one of the biggest banks by asset size, it is unlikely they will have an impact of the calibre realised from the merger with Diamond bank”, CardinalStone said emphatically.

In its post-merger assessment, analysts at CardinalStone noted that Access –Diamond Bank transaction had significant implications for the bank’s funding cost.

The bank’s funding cost fell from 5.5% pre-transaction to 3.3% in financial year 2020, and analysts said the asset quality concerns appear to have been managed properly.

After a successful merger with former Diamond bank, assets quality tumbled as the non-performing loans ratio jumped from 2.5% to 5.8% following the deal.

However, with effective management of the asset quality amidst recovery and perhaps some write-offs, Access Bank Plc recorded a strong drop in bad asset ratio to 4.3% at the end of 2020.

“Nevertheless, we highlight that access to these important markets gives the bank opportunity to boost its transaction-based income”, CardinalStone said.

The multi-asset investment firm added that unsurprisingly, the bank is restructuring into a HOLDCO with a payments business as a key operating segment.

A payments business with strategically located hubs could seamlessly facilitate financial transactions across the continent, analysts stated. Noting that a second critical implication of the bank’s expansion drive is the regional diversification benefit.

This could lower the volatility of the bank’s earnings, and it could also imply consistent earnings growth and resilience. Hence, while near term return on assets is likely to suffer, we expect that this would gradually rebound over the next few years.

However, a key risk is the potential for higher operating expenses arising from integrating new acquisitions and restructuring the current business.

The descent growth for the period was supported by 9% growth in interest income, which was driven by an 82% jump in income from investment securities attributed to an increase in trading activities during the period.

Analysts at Vetiva Capital hinted that the outturn was largely a departure from other banks that reported reductions on that income line.

Analysis of the Q1 financials showed that the bank’s non-interest revenue increased 1% year on year to ₦78.3 billion, amid a 39% increase in fees and commissions to ₦38 billion, which offset a 58% decline in fair value gains on derivative instruments to ₦35 billion.

Furthermore, the bank also reported losses in fair value of T-bills and Bonds. Meanwhile, loan loss provisions jumped 47% to ₦12.5 billion after impairments on loans to customers grew by 71% to ₦12.2 billion.

On a more positive note, the bank reported a 4% decline in operating expenses which was driven by reductions in various expenses related to on-site banking operations.

Vetiva Capital said despite the challenges of weaker returns on investment securities which have hampered growth and profitability among several of its coverage banks, ACCESS has managed to deliver another strong results.

Breaking away from industry trend, analysts said the bank’s reported improvement in interest income came about primarily as a result of fair value gains in investment securities.

“Due to the bank’s current position on investment securities, we expect these gains to continue to prop up interest income and revise our interest income projection to ₦550.9 billion from ₦538.3 billion”, Vetiva stated.

Also, the bank’s non-Interest Revenue, especially from fees and commissions jumped 39% year on year, which analysts said represents a more stable income line than trading and revaluation gains as those are more susceptible to regulatory changes. 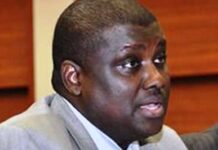 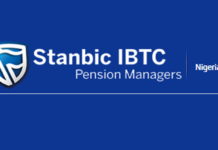 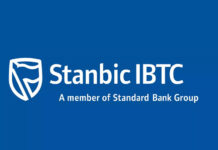 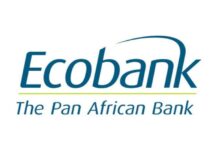